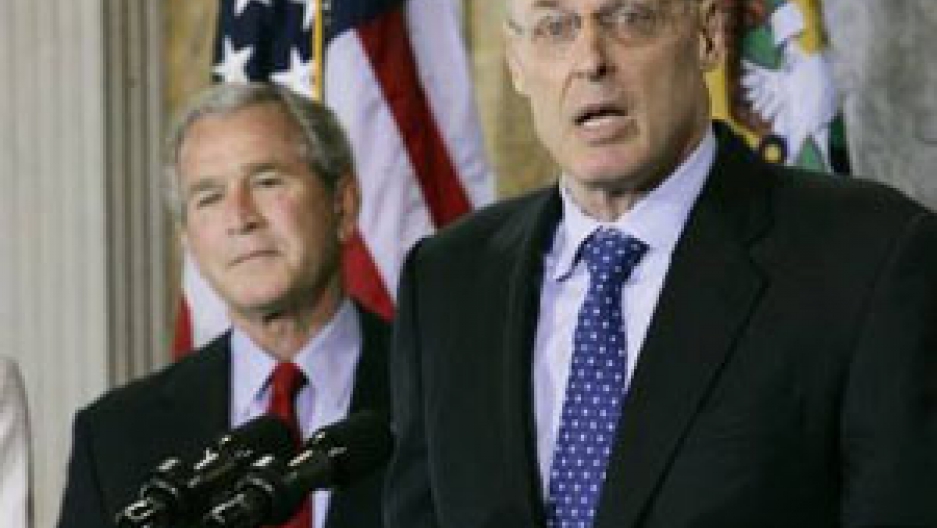 The Senate will take up the bill as early as Wednesday, then it will go to the President, then the biggest Wall Street bailout in history will to the market.

According to Norris, "The logic of this bailout was that they were trying to support markets for these really dicey assets. And if you're going to support the market, you pretty much have to buy the assets from whoever owns then ... the mortgage bank securities. And of course it may go much farther than that. This bill gives Paulson the authority, if he wants to, to buy almost any kind of financial asset ... he can buy credit default swaps, he buy credit card receivables ... he can buy anything he wants to -- this is extraordinary power for the Treasury Secretary.

"One of the reasons they structured this deal the way they did ... is when the government announces it's going to support an institution, instead of people saying 'oh good that institution is fine; they say 'oh my, that institution needs help, I better get out quick,' and this is an effort to support everybody, and therefore to not make it look like anybody needs it."

Herzenhorn says there are two oversight mechanisms written into the bill: a financial stability oversight board, of which Paulson is a member, and includes the Chairman of the Securities Exchange Commission, and the Secretary of Housing and Urban Development -- a board that essentially will help Paulson run this program. The other is a Congressional oversight panel appointed by the majority and minority leaders in Congress that is supposed to monitor how this program operates and report back to Congress. But the bottom line is the Treasury Secretary will control a $700 billion dollar "wealth fund."