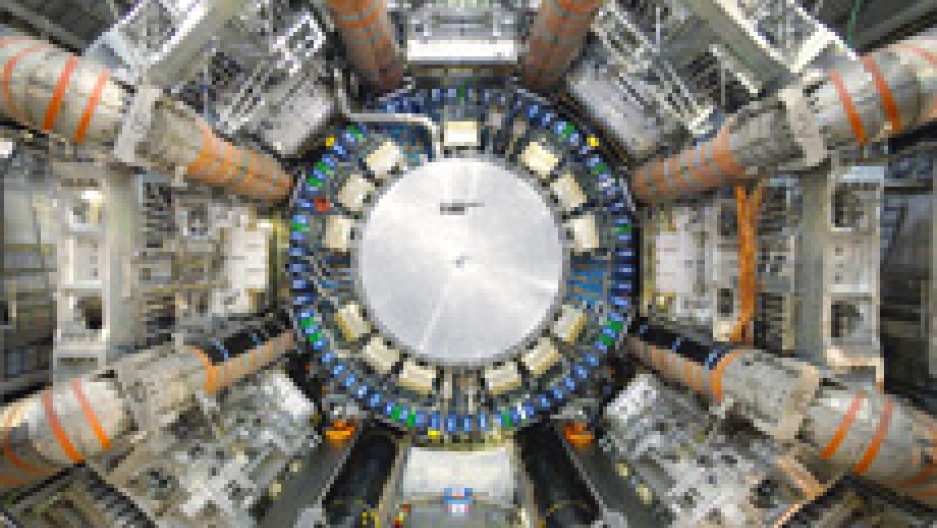 In a 17-mile long tunnel underneath the Swiss-French border, a particle accelerator called the Large Hadron Collider (LHC) recently fired its first proton beams. In a few months, it's due to start smashing particles together. Scientists hope these experiments might solve some of the mysteries of the universe, like how particles acquire mass. Studio 360's Eric Molinsky looks into why the colorful and complex design of the LHC looks like the set of a sci-fi movie.