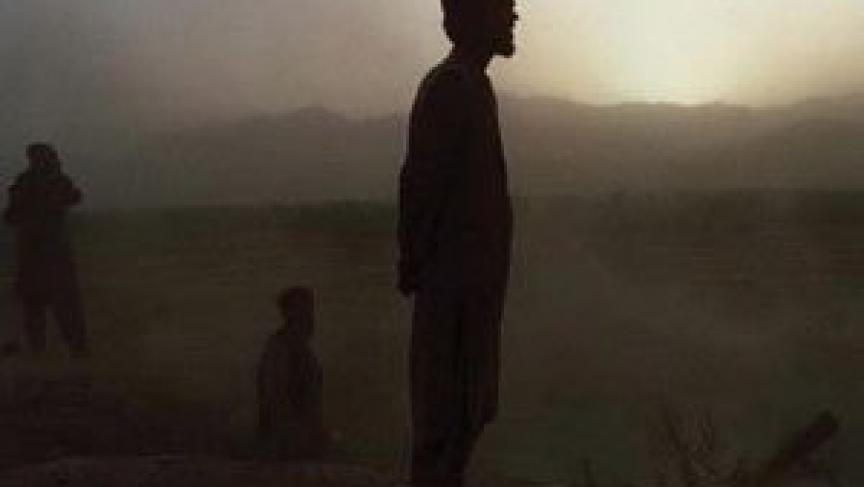 (Image: Roy Gutman, "How We Missed the Story: Osama Bin Laden, the Taliban and the Hijacking of Afghanistan")

It's still the United States against al-Qaeda, seven years after September 11, and Pakistan is an active front in that conflict. The U.S. believes al-Qaeda has established havens for its militants in Northwest Pakistan -- that's the area near the border of Afghanistan.

"The World's" Jason Margolis reports that a rift has formed between Washington and Islamabad.

Recently, U.S. Chairman of the Joint Chiefs of Staff, Admiral Mike Mullen, offered a thread of what the U.S. is prepared to do in Pakistan. He said a more comprehensive strategy was being formed to combat the extremist threat on both sides of the Afghan/Pakistani border.

The "New York Times" reported that the Bush administration secretly approved orders in July to allow U.S. forces to carry out ground assaults inside Pakistan. The Pakistani government had not given prior approval. The head of the Pakistani army reacted angrily to the raid. He said Pakistani sovereignty would be protected at all costs.

The Pakistani Foreign Minister, Makhdoom Shah Mahmood Qureshi, said attacks by the Americans were counter productive: "They're our friends, they're allies, and we are cooperating with them. But when they come in and bomb and cause collateral damage it is unproductive. And it alienates the population that we are trying to win over."