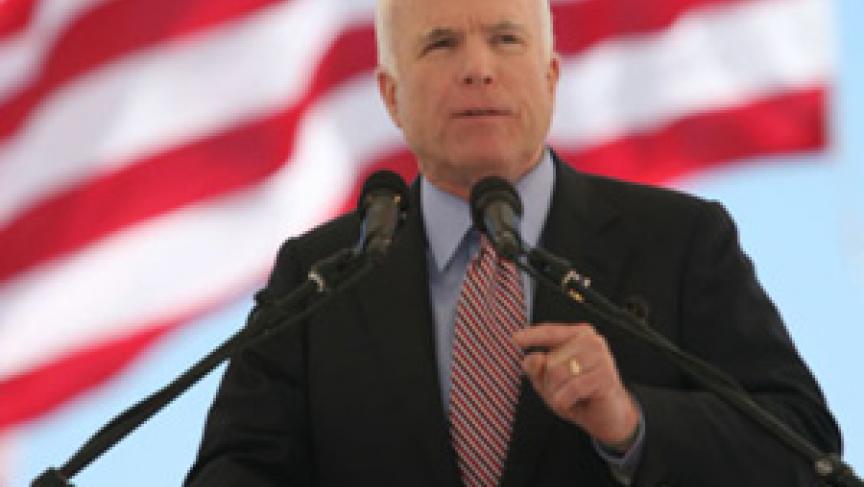 Senator McCain has been getting a lot of praise at the Republican Convention this week for being strong on national security.

National security and foreign policy issues have been front-and-center at this convention. When President Bush addressed the RNC via satellite video, he endorsed John McCain as the kind of commander-in-chief who can keep America safe:

" ... we need a president who understands the lessons of September 11, 2001 -- that to protect America, me must stay on the offense, stop attacks before they happen, and not wait to be hit again. The man we need is John McCain."

At times Senator McCain has argued against U.S. military intervention abroad, as he did when President Clinton sent troops to Haiti in the early 90s. But more often, he's taken a hawkish position on using force. McCain supported military action in the Balkans in 1999, in Iraq in 2003, and more recently, he's been hawkish on Iran.

McCain's experience in Vietnam means he understands the horrors of war on a personal level, but the reluctant warrior label doesn't quite fit.