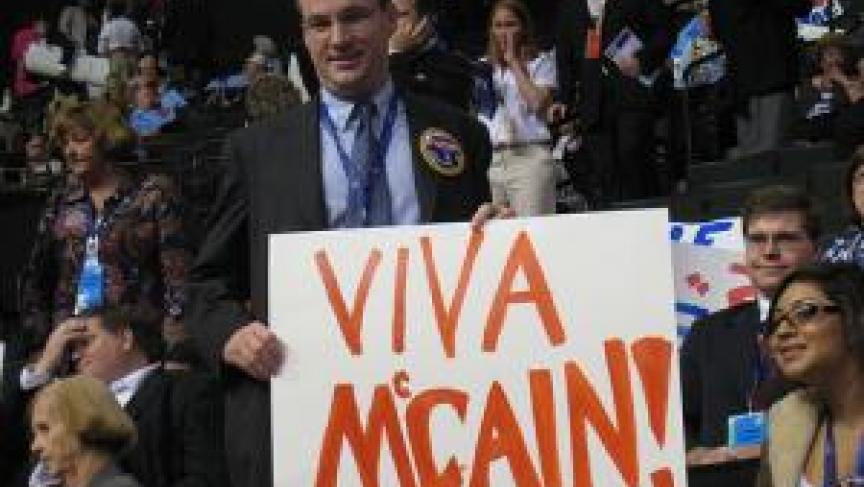 Among the many constituencies that John McCain is trying appeal to this election are the Latino voters. In the year 2000, George W. Bush won their votes in large numbers; but since then, many Latinos have come to think of the GOP as a party of anti-immigrant hardliners.

Republicans are now trying to convince more young Latinos that John McCain will keep their communities safe and strong, and that he's the best candidate on immigration issues. "The World's" Jason Margolis speaks with some of McCain's Latino supporters.

One delegate says Latinos will like McCain when they learn about him -- the challenge is getting the message to the Latino community.

The Republican Party has done a poor job reaching out to Hispanic voters, and the polls reflect that. The latest Gallup Poll shows McCain pulling 30% of the Hispanic vote; Barrack Obama nearly doubles that mark.