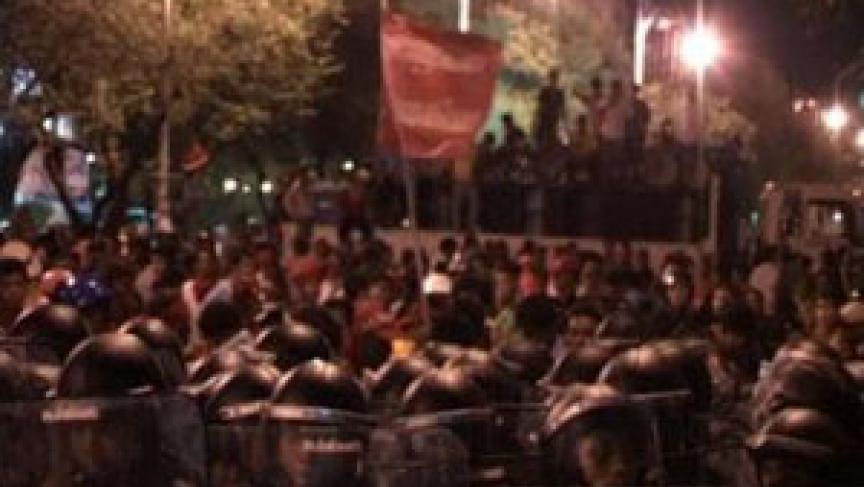 Prime Minister Samak Sundaravej declared a state of emergency late yesterday. That move follows months of anti-government protest that hit a new peak last week -- that was when a protest group stormed the Prime Minister's offices. The PM is now in a precarious position as protesters dig in for a long struggle.

Simon Montlake reports from Bangkok for "The World."

For the last seven days, Thailand's equivalent of the White House has been occupied by thousands of protesters. They want Prime Minister Samak Sundaravej to resign, and say they're not leaving until he does.

Police has not managed to take back the compound. On Monday night, the mood got darker as pro-government supporters carrying sticks and slingshots clashed outside the compound with hundreds of their rivals. Gun shots were fired, and at least one person was killed.

On Tuesday, Bangkok woke up to the news that the city was under a state of emergency, and that the army was in charge of restoring order. Prime Minister Samak told reporters that it was time for the protesters to move.

The protesters believe they're trying to save the country from corrupt politicians, and that Thailand's King is on their side. They also have some military supporters, and their campaign is about to escalate -- some labor unions are planning a strike, and last week, two airports in Southern Thailand were shut down by protests, stranding thousands of foreign tourists.