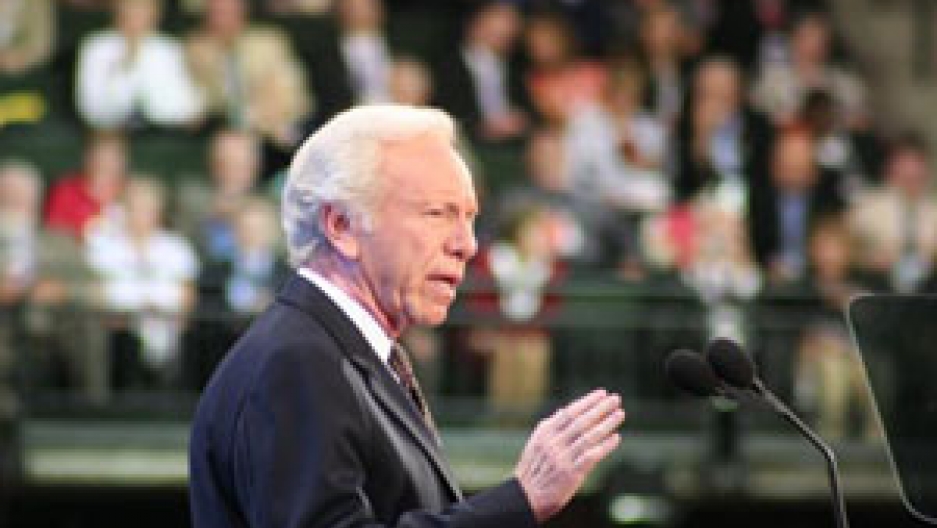 Teen pregnancy, fishing permits, a state trooper and a nasty child custody battle -- and Sarah Palin’s been the Vice-Presidential pick for less than a week. But last night the party base got the red meat they were craving from a former Democrat – Joe Lieberman.

SEN. JOE LIEBERMAN (I-CT): "The truth she is a leader we can count on to help john shake up Washington."

Tonight the spotlight is on Palin, and Virginia delegates like Richard Neel from Fairfax County have some advice:

RICHARD NEEL: "I believe all she needs to do to hit it out of the park tonight is to be herself ... she has a tremendous life story to tell the American people."

Lisa Gable is a delegate from Middleburg, Virginia. She says Palin's job is to inspire the party foot-soldiers this fall.

LISA GABLE: "I have heard from women across the state they are excited ready to go out and work and I think they will vote for her as will men."

Virginia polls show a tie between Obama and McCain.