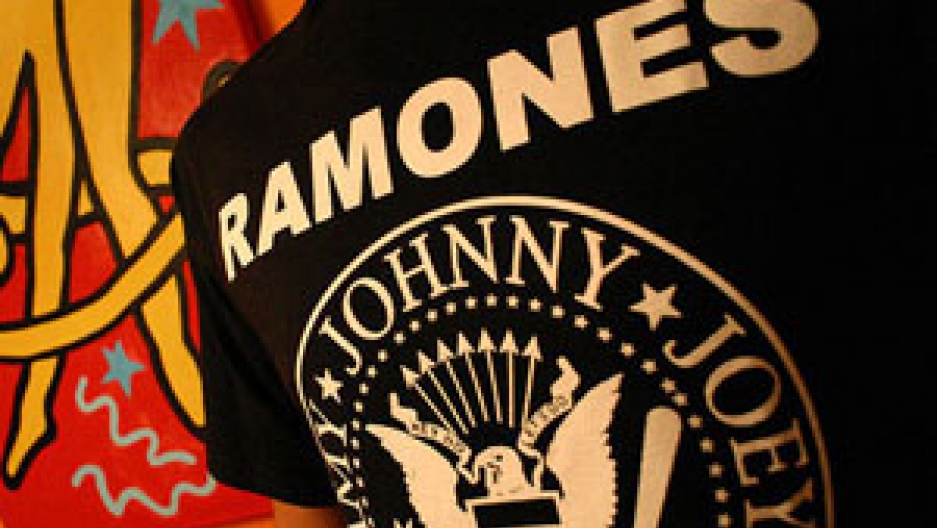 Whether it's John Denver or Coldplay, the way a lot of people express their love of music is by wearing a band T-shirt.

Today rock band T-shirts are sold at major retailers, to kids who weren't alive when classic rock was born. But when music writer Johan Kugelberg was growing up in Sweden, wearing the Sex Pistols or Ramones on your chest was its own act of rebellion.

Kugelberg actually wrote a book about rock band T-shirts. He says 60s rock T-shirts are "insanely rare," because they weren't mass-market products. According to Kugelberg, "... the mass-market rock business as we know it didn't really exist until post-Woodstock."