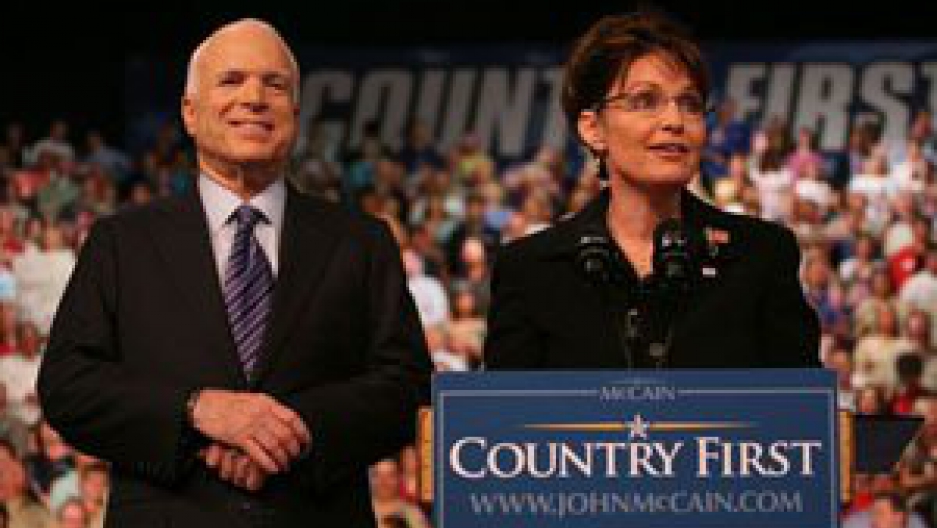 As John McCain's running mate, Sarah Palin is the first woman to be named for a Republican presidential ticket. Last night, she made her acceptance speech at the Republican National Convention, and she didn't disappoint the party faithful:

"Before I became governor of the great state of Alaska, I was mayor of my hometown.

"And since our opponents in this presidential election seem to look down on that experience, let me explain to them what the job involves.

"I guess a small-town mayor is sort of like a 'community organizer,' except that you have actual responsibilities."

Palin briefly addressed the revelation that her 17-year-old daughter is pregnant -- news that had spurred a lot of reports and rumors as soon as she was announced as McCain's running mate.

"From the inside, no family ever seems typical.

"Our family has the same ups and downs as any other ... the same challenges and the same joys."

She didn't dwell on the issue during her 36-minute speech though -- she portrayed herself as ready for a national campaign, saying the only difference between a hockey mom like herself and a Pit Bull is lipstick. She also said she's ready to tackle world issues.