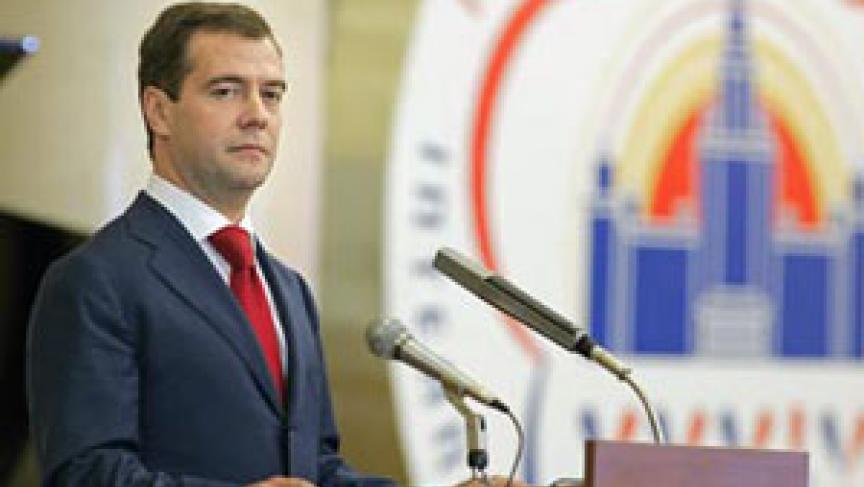 Until three weeks ago, the international community paid little attention to the breakaway regions of South Ossetia and Abkhazia. Then Georgia's President, Mikhail Saakashvili tried to reassert control over South Ossetia by sending in the military. Russia intervened and crushed the Georgian army.

Earlier, President Medvedev told the BBC that Russia had been obliged to act because of Georgia's "genocide" of separatists.

President George W. Bush warned his Russian counterpart, that his "irresponsible decision" was exacerbating tensions in the region. Georgia said Russia was seeking to "change Europe's borders by force".

"The World" anchor Lisa Mullins speaks with Aleksander Darchiyev at Russia's embassy in Washington, to find out more about Russia's intentions.

More about the situation in Georgia from "The World."