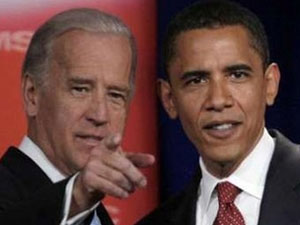 Biden’s choice helps Obama roll out the narrative of his life to a population that has yet to fully get to know him. "The Takeaway" goes live to Denver where Political Director Andrea Bernstein looks at the implications of the VP choice and how it will play out in the convention.

As the convention week dawns, there is quite a bit of anxiety for the Democrats. Polls show Barack Obama and John McCain running neck-in-neck -- Democratic delegates realize that this is a week where they have to get some work done.

The Democrats say they are going to take the gloves off on John McCain; and this year, they'll have a few things to say about the Republicans that will define the party to voters.

In terms of taking the gloves off, Joe Biden is certainly the man to do that on behalf of Barack Obama. Many are hoping that Biden will "pummel" the Republicans, and appear to voters as refreshing and honest in the way that they feel McCain is.