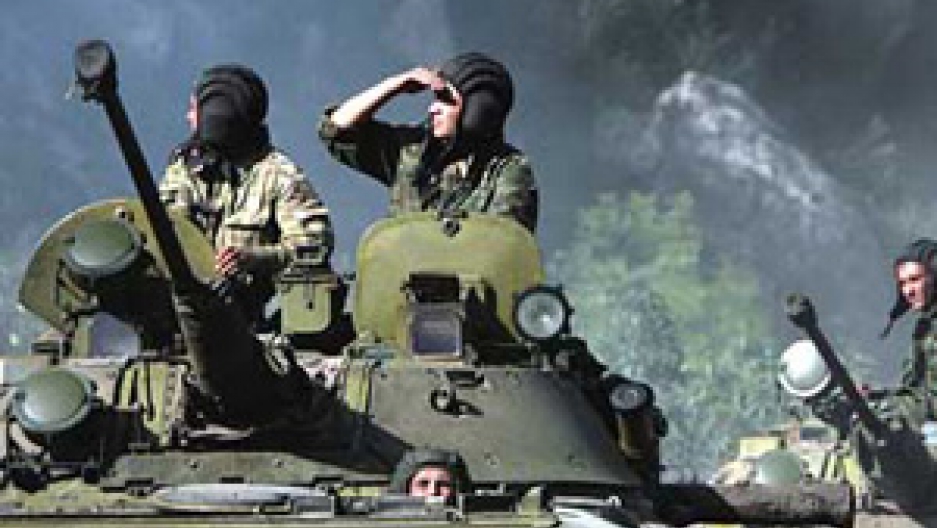 Russia has taken the first steps towards a troop pullback from Georgia, but it has also paraded blindfolded and bound Georgian prisoners on armored vehicles, and seized four U.S. Humvees in a neighboring country. This comes as NATO met and demanded Russian forces leave Georgia.

"The Takeaway" talks to Ivan Soltanovsky, Russia's deputy ambassador to NATO -- he was in Brussels for NATO's emergency meeting.

Deputy Ambassador Soltanovsky says Russia's position is for Georgia to stick to their six-point cease-fire agreement, and pull their forces back, which will "create more favorable conditions for our pull out from this territory ..."

He says the Russian pull out will be over by August 22: "We are not occupying anybody and it's not our intention."

As for the suggestion by the U.S. and its allies that perhaps Russia should be removed from the G8 or barred from the World Trade Organization following the crisis in Georgia, Deputy Ambassador Soltanovsky says: "We'll have to see what happens in reality ... hopefully, democratic countries ... realize what country they're dealing with now -- it's not the Russia of the beginning of the 90s, it's the Russia who is really contributing to ... the stability and safety in the Caucasus and in Europe and beyond."