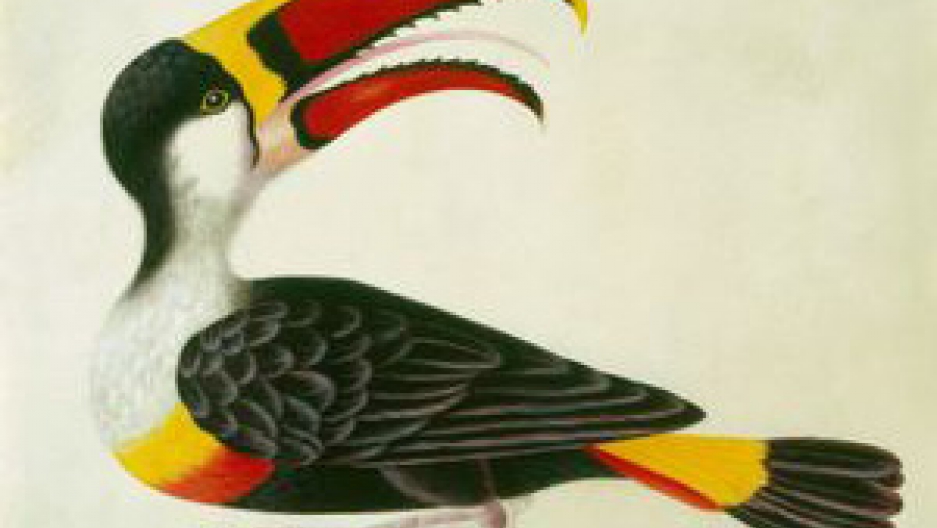 Elizabeth Windsor has some interesting pictures in her home -- that would be Windsor Castle, where the Royal Library contains her collection of amazing rare things. Which happens to be the title of the book edited by Sir David Attenborough, who was knighted by Queen Elizabeth. His book -- "Amazing Rare Things: The Art of Natural History in the Age of Discovery" -- chronicles how 15th century artists depicted the strange and unusual specimens adventurers found in the New World.

Attenborough tells "Living on Earth's" Steve Curwood about the book, and about the art and artists it features.

"Well, the Royal Collection has a gallery attached to it and regularly shows things from the collection. There's a great wealth of natural history drawings in the collection and we decided to do a selection from there. And I was invited to help in selecting the pictures and selecting the artists, which was of course an extraordinary privilege. I mean to riffle through -- if I may put it that way -- riffle through drawings by Leonardo da Vinci, is quite a privilege."

He describes the challenges faced by the artists in the book: "I mean it's quite remarkable how you actually have to know how something works before you can draw it accurately. And that's a very interesting little problem. I mean there's a drawing from a man called Cassiano dal Pozzo, he commissioned artists to draw these things and the artist is faced with, for example, a sloth, or maybe you call it a 'sloth.' But it, as you well know, it spends its life hanging upside down. Now you couldn't possibly know that it spends its life upside down if you'd just been sent the skin, unless you really understood the mechanics of the thing. And they looked at this and they naturally drew it as if it was standing horizontally but in the normal sort of way with its feet beneath it. And the result is, I mean to our eye, of course grossly unnatural—almost comic—because it doesn't work that way. So you really have to understand about these creatures before you can draw them accurately."

Another artist featured in the book is Maria Sibylla Merian: "...she was a widow and she earned her living selling insect specimens in Holland. And in the mid 50s she decided that she'd like to go and see many of these specimens that she had been selling, and draw them in the wild. And so off she hopped, with her daughter, to Suriname. And there she collected caterpillars and watched them as they metamorphosed into the adult insects, not knowing what they were going to turn into, and produced, as a result of this, some magnificent plates which subsequently became very famous indeed, and very beautiful they are, too. You can certainly tell a Merian drawing. She has a deep affection for curls. I mean she can't resist a curl."

Read transcript of this story.