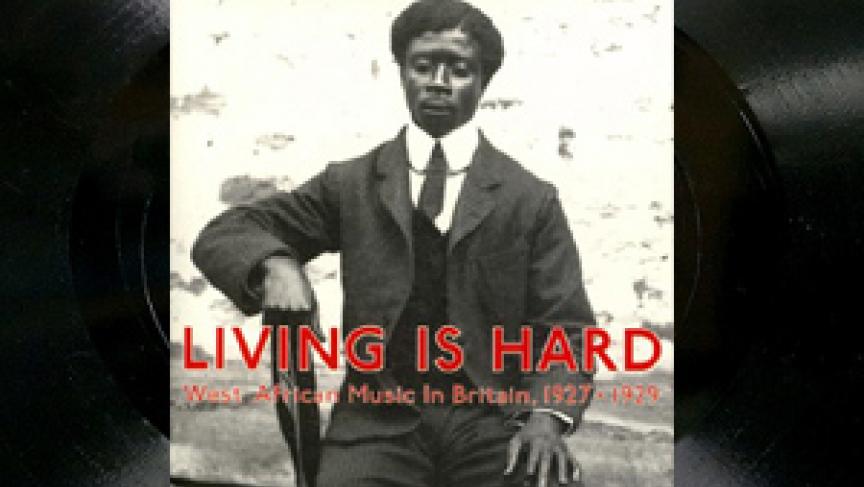 Mark Ainley is the man behind the compilation of songs by West African musicians recorded by a small record label called Zonophone. The songs were originally released as 78s. Now, they've put on CD for the first time, on a release called "Living is Hard: West African Music in Britain, 1927 - 1929."

Ainley was given access to the Zonophone collection by it's current owner, the EMI label in England. Ainley says the original label was also owned by a bigger entity.

"The Zonophone record label was set up by the Grammaphone company in order to issue recordings of West African musicians made in London during the 1920s. They came up with this idea of selling recording equipment, record players all over the world, including West Africa, and at the same time selling the records to play on them. There are some amazing sale statistics. We know that in the first three years of the next decade, 1930 to 1933, they made 70-thousand pounds selling records to West Africa."

What was the West African scene in London for us in the 1920s and 30s? Ainley says, "There are thousands dispersed throughout the big cities and ports. I mean the musicians on here have travelled to London from Liverpool and Manchester. Some of them travelled from West Africa, they were sponsered by West African companies to make the trip."