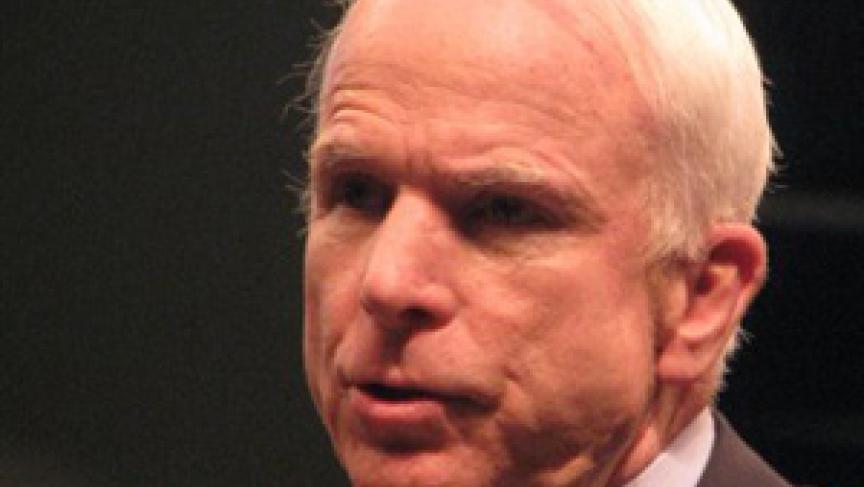 All week, the presidential candidates have been issuing statements about the crisis in Georgia, but John McCain has had more face time with reporters. "The World's" Matthew Bell reports that the fighting in Georgia highlights a proposal that McCain floated earlier this year.

In a wide-ranging speech in Los Angeles back in March, John McCain talked about creating a "league of democracies" around the world, as the United States can't secure global peace on its own.

The idea is attributed to one of McCain's foreign policy advisors, Robert Kagan. Kagan writes about it in his latest book, "The Return of History." According to Kagan, there is now a competition among different modes of government and different development models, and the West no longer has a monopoly on the form globalization takes. Countries like China and Russia are perfect examples -- they embrace economic globalization, but politically, they are autocracies. They don't share America's democratic values.

Kagan says the U.S. needs to be clear about who its friends are. He believes the U.S. and its democratic friends need to find a better way to work together than the United Nations. As events in the Caucasus region have unfolded, McCain has highlighted this theme.

Yesterday, McCain ruled out U.S. military intervention, but he has sharply criticized Russian aggression, and has offered words of support to the tiny, distant democracy in Georgia. McCain said he talked by phone with his "friend," President Mikhail Saakashvili by phone early this week: "And I told him, that I know I speak for every American when I say to him: today we are all Georgians."