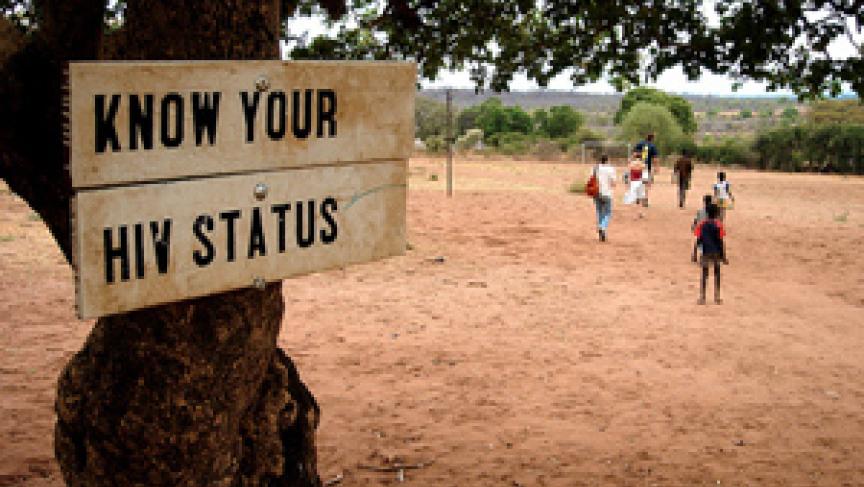 The 17th International AIDS conference recently took place in Mexico City. One of the topics of discussion was a recent decision by an Australian court -- a 49-year-old man was found guilty of attempting to infect people with the AIDS virus. Prosecutors say he deliberately misled sexual partners about his HIV status. He could face 25 years in jail.

In Africa, many nations have adopted a law that makes it a crime to transmit HIV, but judge Edwin Cameron believes that this is bad public policy. Cameron is a justice on the South African Supreme Court of Appeal, and he is HIV positive. He co-authored an article in the current issue of the Journal of the American Medical Association (JAMA) titled "The Case Against Criminalization of HIV Transmission".

Justice Cameron says that a person who purposely infects another should be punished, but these special laws are counterproductive.

"The trouble with the African laws is that they not only criminalize HIV transmission, but they also criminalize what they call exposure to it," says Cameron.

He feels that there are portions of the law which are not clearly defined. The potential seven-year prison sentence that could be imposed as a result of that lack of definition makes for bad public health policy.

Cameron continues, "The Sierra Leone law applies to a pregnant mother who is required under the law to take reasonable steps not expose her new baby to HIV. So that mother who has been infected by her male partner discovers her HIV status, and when she breast-feeds her baby, she is committing a crimanl act."

"The placing of these statutes on the books has had a chill effect on Africa. How is a person who is fearful that they might be HIV positive, how would they feel if they know that they are going to be declared criminals if they go and have a test?"