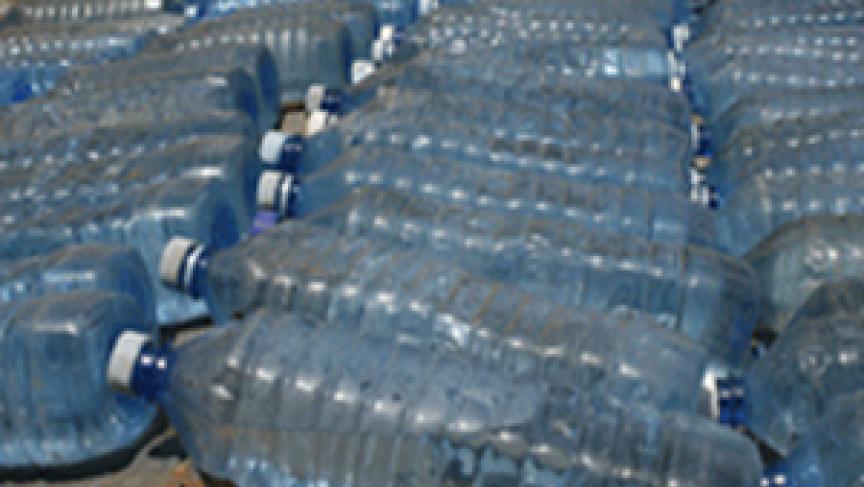 Kibera in Nairobi, Kenya, is one of the world's largest slums. It's home to about a million people, and a host of problems - violence, poverty, unemployment. But perhaps the biggest threat to Kibera's residents is the lack of sanitation and clean water. Shortages, and contamination of the drinking water supply led to high rates of disease. But now, Kibera is also home to a campaign to provide a simple, low-cost solution to the slum's water problem.

Nariobi's water reaches the outer edge of the Kibera settlement. From there, water flows through a network of low quality PVC pipes into the 25 hundred gallon water tanks that dot the streets.

Much of the water supply is controlled by private vendors, who charge Kibera residents over ten times more than high-income residents of Nairobi, and sometimes create artificial water shortages.

And that's for water that isn't always clean. The pipes break frequently, exposing the water to sewage. Many cases of waterborne diseases such as typhoid, cholera, and dysentery were the result.

In 2007 the UN Development Programme reported that six in ten infants in Kibera die of waterborne diseases before the age of 18 months. For residents surviving on less than a dollar a day, paying for fuel for boiling or for chlorine tablets, on top of the price for the water itself, is out of reach.

There is a way of treating water - drinking water - at the household level, using UV light: Solar Water Disinfection, also known as SODIS. It's a low tech approach to cleaning water.

Joseph Otieno, Kenya Water for Health's SODIS project officer says all you need is a clear soft plastic bottle. "So you, the first time you get this bottle you clean it. Then you fill it with water, then you close it tightly. You expose the bottle to the sun for a minimum of six hours."

PARTNOW: The sun's ultraviolet rays interfere with the metabolism and cell structure of bacteria. And they interact with oxygen in the water, creating highly reactive particles like oxygen free radicals and hydrogen peroxides, which further damage pathogens. Six hours in the sun, and the water is safe for drinking.

Kenya Water for Health reports that 250,000 Kibera residents are now using SODIS. There has been a 20% decrease in diarrhea cases since the programs inception in 2004, and a shrinking need for costly hospital visits.

SODIS doesn't work on chemical contamination, and can't be used to treat large volumes of water. During the rainy season, there is often not enough sunlight for SODIS to work. Residents are encouraged to adopt another method of sanitization during that time.

Some students in the area, pleased with the results, said, "Water is important in our life. We need water to drink, cook and so on. Remember: good health depends on clean water. And that is SODIS. How wonderful it is!"