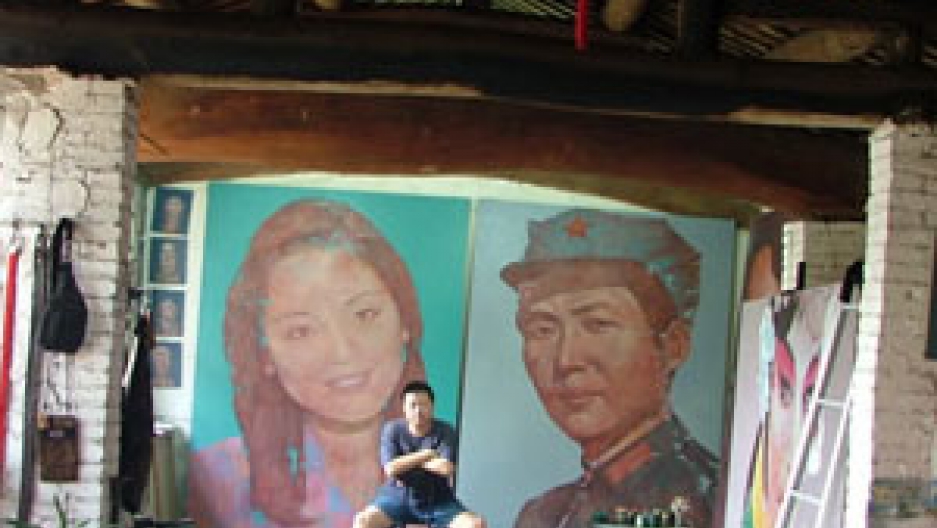 Some years back, a group of artists were hounded out of Beijing by authorities. Some went to Songzhuang village, a farming town an hour away. Now, that village is a boomtown –- based on the market for contemporary Chinese art. Communist officials drink beer with bohemians. The painters who were persecuted just a few years ago, are now stars, a few of them selling work at auctions for millions of dollars.

Will the rising tide raise all the artists’ boats –- or capsize them? Jocelyn Ford, a journalist who's been based in Beijing for years, reports from Songzhuang, where more than a thousand artists now live.

Songzhuang is about an hour outside of Beijing. It used to be a regular impoverished village -- farmers grew corn, there were a few small factories. Then, its fate took a strange turn: In the aftermath of the 1989 Tiananmen Square crackdown, authorities chased out a community of artists from Beijing. These artists when to Songzhuang, and a decade later, the village aims to become known internationally as the home of China's contemporary arts scene.