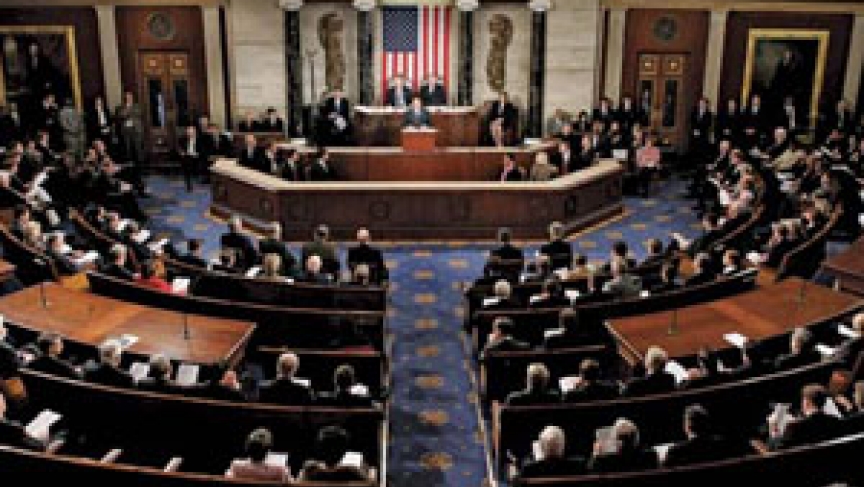 REP. LOUIE GOHMERT (R-TX) "People are saying those guys are all about oil."

That's what the House sounded like from the gallery overlooking the action. For Republicans, it started one week ago. A symbolic retaking of the floor after House Speaker Nancy Pelosi gaveled in the scheduled recess. And it's continued ever since. Each day, a dozen or so Republicans hold court in the House chamber. Shouting themselves hoarse over the Speaker's refusal to allow a vote on offshore drilling, much to the delight of a largely hand-picked crowd of tourists and dutiful staffers.

Instead of sitting way up high in the cheap seats – visitors like Tim Kinsey of Leesburg are getting the unusual opportunity to warm the very seats once occupied by the likes of Lincoln.

TIM KINSEY: "We were taking a tour of the Capitol Hill and they invited us down to watch some of the speeches that were made in the House chamber that I felt very fortunate to be part of because it doesn't normally happen where guests can come in and sit on the floor right there."

For Democrats, it's an exercise in self-restraint with the potential for self-injury at the polls. They say it's a calculated decision NOT to take the bait. Pelosi's sticking to written statements countering that Republicans blocked a number of bills aimed at lowering gas prices, in order to score political points over drilling. Democrats cite Department of Energy experts who say expanding oil and gas exploration into protected areas won't lower prices at the pump for years, if ever. Classic political 'they said – they said.'

The financial pain and anguish felt by Americans everywhere is real. But this ... is partisan theater.

REP. MARSHA BLACKBURN (R-TN): "A light bulb is not an energy policy."

And a strange sort of test for the hapless souls whose job is not simply to report all this, but also to locate the kernels of truth within it. Or at least find something new to say about it. Which might be why one restless reporter was heard comparing the experience to a certain movie. The one starring Bill Murray as a TV weatherman assigned to cover an annual ritual in Punxutawney, Pennsylvania.

Congress is officially on recess for most of the month, unless and until the siege wins out. This weekly wrap-up will also be on hiatus for a couple of weeks.