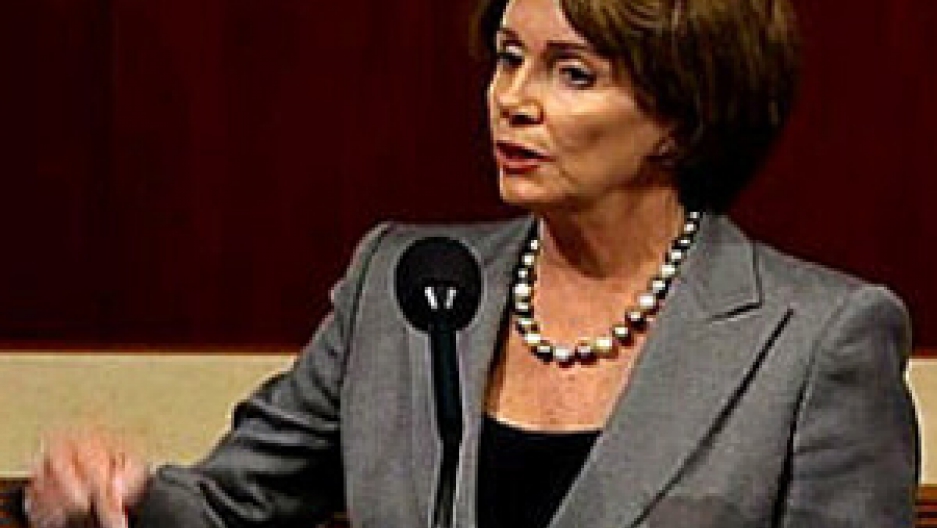 Early in the week, House Speaker Nancy Pelosi gathered fellow Democrats for some extra face time in front of the cameras. See if you can spot the cleverly hidden election subtext here:

SPEAKER NANCY PELOSI (D-CA): "Our message back to the President is, ‘It’s the economy, [pause] Mr. President.’"

That was before she went on CNN and called President Bush ‘a total failure.’ At times this week, the august body that is the United States Congress just flat-out dropped any pretense of playing nice and being civil.

That’s Texas Democrat Charlie Gonzales. He was on the floor Wednesday afternoon when the House was nearing the end of debate on an intelligence bill and a procedural scuffle turned oddly ugly. Suddenly a different Texas Democrat, Silvestre Reyes, is accusing Republicans of betraying the trust of Americans. GOP members get very angry and demand the words be stricken from the record.

CHAIR: "In the opinion of the chair. The words complained of were not directed in such a way as to constitute a personality or otherwise transgress…"

In the end, the most notable thing here may be how it all turned out. This is the intelligence authorization bill that last year got vetoed because of highly controversial torture language. This year, any language attempting to define what is or isn’t torture was stripped out of the bill. It passed… by a ‘voice’ vote - which is a remarkably casual way to vote up or down a major piece of intelligence legislation. The thing is - with a voice vote, there’s no record of who voted how. Stealthy.

V-P watch enthusiasts and odds-makers take note: this concerns a certain erstwhile candidate and oft-repeated name for the number-two slot on the GOP ticket. Mitt Romney made an unexpected visit to the office of House Minority Leader John Boehner. What might bring Romney to the Hill after-hours on a Thursday? CNC’s Todd Zwillich did what any reporter would do: he asked.

Reporter: You don’t have just a second do you?

Today Romney made a point of pronouncing Democratic candidate Barack Obama “extraordinarily naïve” on matters of foreign policy. Now that sounds an awful lot like someone who just might be getting prepped to take the stage in the key supporting role to the Republican lead in this season’s top-rated political drama.

CNC's Todd Zwillich has this look at what’s coming up in the week ahead:

It is indeed the economy that will be at the heart of what Congress does next week.

First energy, the Senate is scheduled to start debate Tuesday on a Democratic bill reining in oil speculators. It’s unclear now how far they’ll get. Republicans want to talk and hopefully vote on expanded drilling.

Likewise House Democrats plan to bring up at least one more energy bill next week. Speculation is in play and so is a bill ordering the president to release oil from the strategic petroleum reserve.

And in the middle of the week it’s housing. The Bush Administration wants to extend a big credit line as a lifeline to Fannie Mae and Freddie Mac. Both the House and Senate want to tack it on to housing legislation they’re about to send to the White House.