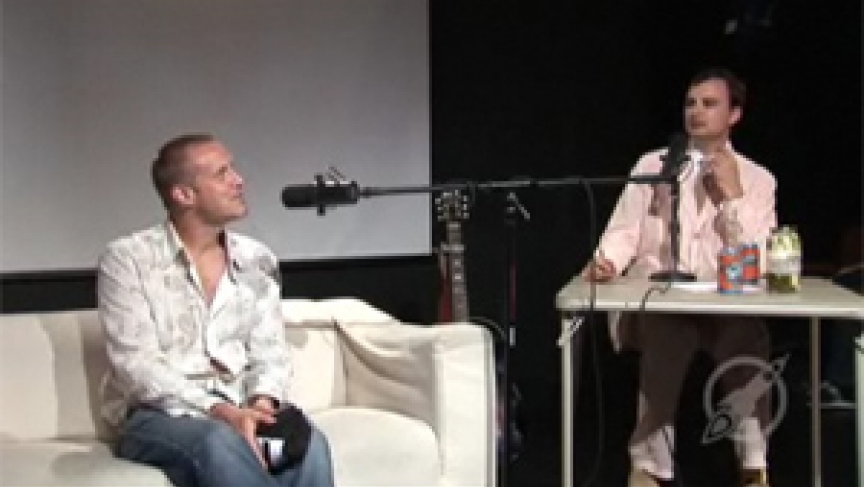 Ze Frank is an internet super-celebrity, and the creator and host of zefrank.com, a remarkable collection of toys, ideas and vlogs. His year-long video blog project, "The Show," is widely considered the pinnacle of the form. In the show, he urged listeners to dress their vacuum cleaners in people clothes, to make a sandwich out of the earth by placing slices of bread at opposite sids of the globe, and much more.

This interview, which aired on "The Sound of Young America," took place at Sketchfest NYC 08 -- a collection of sketch comedy performers and performances.