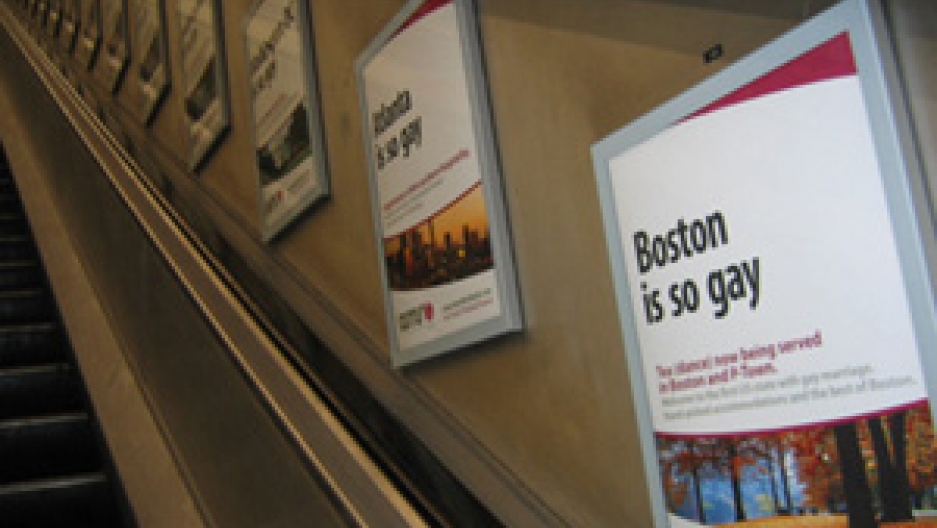 An ad campaign launched in London is causing controversy in the US. The ads tout various places in the U.S. as destinations for gay tourists. Some in South Carolina didn't like their state being included on the list. "The World" anchor Lisa Mullins speaks with Ian Johnson, CEO of the marketing agency Out Now, that created the ads.

The ads appear in the London subway system, to attract tourists to America. The ads are aimed at gay travelers, and the poster that contained the slogan, "South Carolina is so gay," upset some in that state.

According to Johnson, a total of five cities -- Atlanta, Boston, Las Vegas, New Orleans and Washington D.C. -- are included in the campaign: "There are five government-funded tourism offices that stand behind each of those cities -- who are putting in tax-payer dollars -- to promote gay travel, which is a lucrative market from the UK to those destinations. We've come up with the slogan 'cities are so gay' because that will get people reading and get their attention, which it has."

Johnson says that South Carolina came to Amro Worldwide, the tourism agency that had the ads created, and said they wanted to be a part of the campaign.