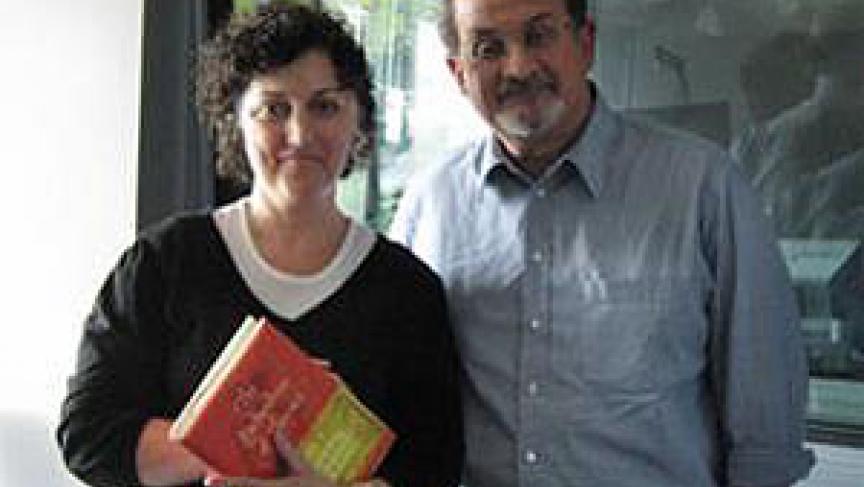 Novelist Salman Rushdie has received both critical acclaim and public celebrity. The acclaim has come from works like Rushdie's 1981 novel, "Midnight's Children," which has just won the "Best of the Booker Prize" award. The celebrity has been less welcomed. First his book, "The Satanic Verses" drew a Fatwa, or death sentence, from Iran's Ayatollah Khomeini in 1989. "The World's" Lisa Mullins talks to Rushdie about his latest work.

The Indian-born author's new novel is "The Enchantress of Florence." East meets West, as it always does in Salman Rushdie’s novels, and in his latest work, a feast of storytelling alternately set in 16th-century Italy and India, he explores the theme in a large historical context. A European traveler arrives at the Mughal court of Akbar the Great, in India, to tell a story about a mysterious woman, Lady Black Eyes, who is not only blessed with powers of sorcery but also possesses the gift of being in the right place at the right time—on a battlefield in the Middle East; in Renaissance Florence, where under her spell Niccoló Machiavelli writes his masterpiece, The Prince; and in the New World, where "the ordinary laws of space and time [do] not apply." The same holds true for the masterful storytelling of "The Enchantress of Florence."