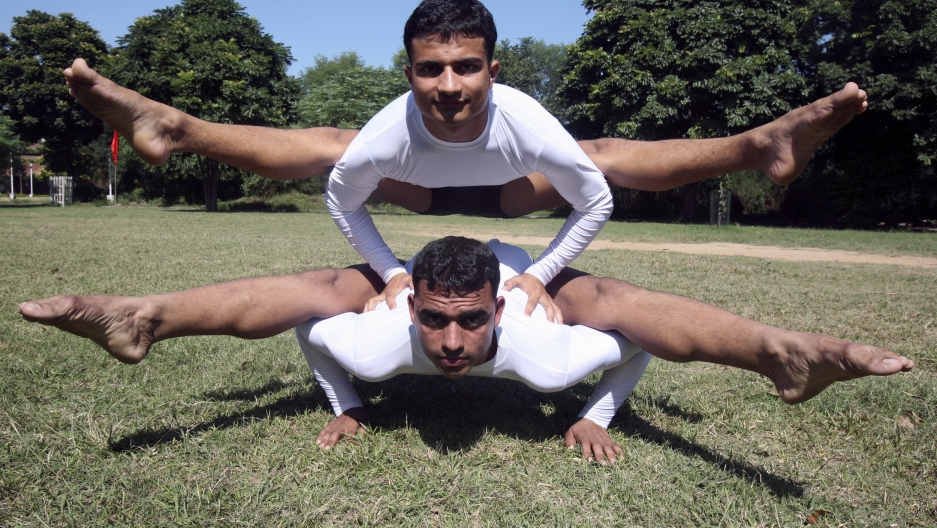 Few people in the US think of yoga as a sport, let alone an Olympic sport, but that's not the case in India, where yoga expert Gopal Ji says it's been a competitive sport for over 1,200 years.

Ji is spearheading the movement to get yoga into the Olympics. In competitions, competitors are judged on balance, strength, poise, flexibility and grace. Ji says yoga as sport is popular in India and it's different than how Americans view it‹as primarily therapeutic means of relaxation.

But not all yoga practitioners here see it that way. Students in a yoga studio in Cambridge are practicing a strenuous form of yoga called Bikram Yoga. Bikram Choudhury, who founded that brand of yoga is eager to see yoga be in the Olympics because it will legitimize yoga as sport and encourage more people to practice yoga.

However, the movement to get yoga into the Olympics offends many in the US Yoga community, who believe that yoga should be a non-competitive activity. They argue that yoga is about mental transformation and a philosophy. Regardless, it's far from certain the Olympics would ever accept another subjective sport.