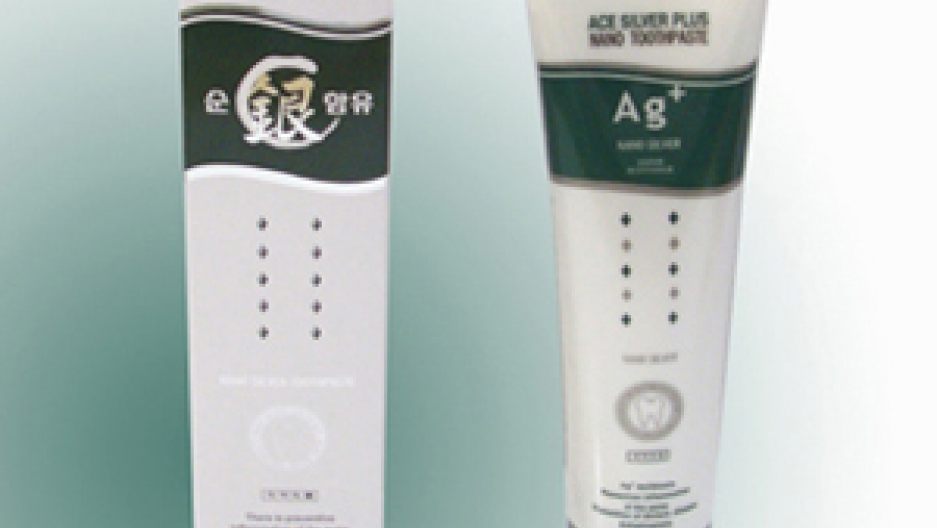 The nano technology industry says that very good things will come in very small packages, promising breakthrough medical cures, new materials and revolutionary products. But those tiny packages could also contain some nasty surprises. Nanotechnology deals in the smallest of the small, down at the size of atoms and molecules. But at that scale, things get really strange – carbon nanotubes are stronger than steel and nanogold turns intense red. "Living on Earth" is thinking big about small things with this story on nanotechnology from their series called "Let's Get Small."

"Living on Earth's" Jeff Young does a little shopping and finds - nanosilver.

YOUNG: I'm shopping in a Korean grocery store in Germantown, Maryland, with scientist Andrew Maynard. Maynard has just one item on his shopping list.

MAYNARD: This is a toothpaste that is imported from Korea that uses nanosilver particles so we'll see if we can find it on the shelves here.

YOUNG: Maynard studies nanotechnology for the Woodrow Wilson International Center for Scholars in Washington. After a little poking around he finds toothpaste that claims that nanosilver will get your teeth cleaner.

MAYNARD: I don't know about this particular toothpaste but certainly silver as antimicrobial works very well. It's a very potent antimicrobial agent. Of course the question is if you have something so effective you have to work out how to use it sensibly how to use it wisely and that's what seems to be lacking at the moment.

YOUNG: Were you surprised to see products like this start to show up?

MAYNARD: Yes I've been particularly surprised with products like this where you're putting nano silver into something where it can definitely get into the body. Either with toothpaste in this form or in kids' toys, kids pacifiers even. It's almost as if manufacturers are like kids in a toy store at the moment. They've got new technology nanosilver and they're just putting it everywhere they are so excited about it, but nobody's really thinking about the long term consequences of that.

YOUNG: Maynard put the nanosilver toothpaste on his rapidly growing list of nanotechnology products already on store shelves. More than a third of them - about 260 so far - are made with nanosilver. Maynard keeps a few on his desk.