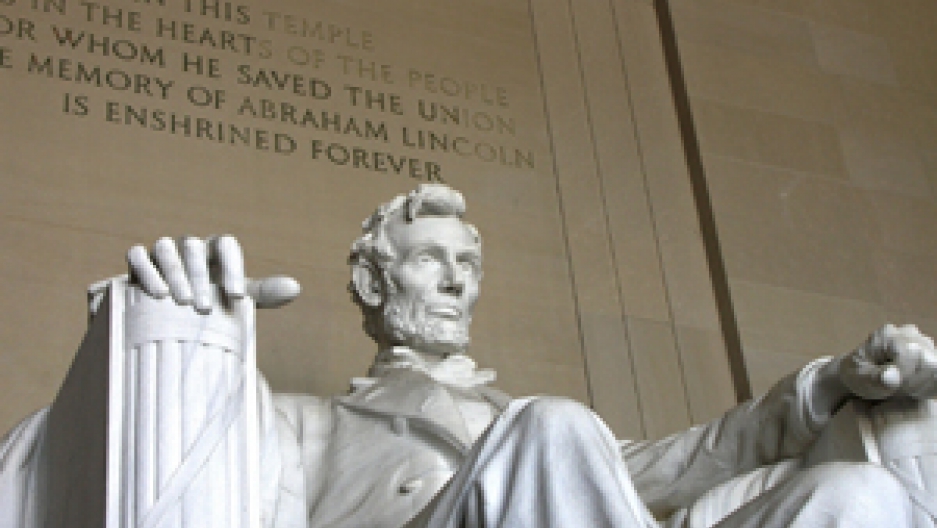 In honor of Independence Day, PRI presents this encore presentation of "The Lincoln Memorial" from "Studio 360's" American Icons series.

Kurt Andersen explores how the Lincoln Memorial became America's soapbox, and how our yearning to connect with Lincoln speaks to the better angels of our nature; with Sarah Vowell, David Strathairn, Suzan-Lori Parks, and Doris Kearns Goodwin.

The Battle of Lincoln
Thomas Edison once joked that he figured out a hundred ways not to invent a light bulb. The same could be said of the Lincoln Memorial. Kurt Andersen talks to historians, a sculptor, and writer Sarah Vowell about the memorial.

Marian Anderson
In the spring of 1939, opera singer Marian Anderson was banned from performing at Washington, D.C.'s Constitution Hall because she was African-American. Dorothy Height remembers how that event sparked a relationship between the burgeoning Civil Rights movement and the Lincoln Memorial.

March on Washington
The Lincoln Memorial has become enshrined in our popular imagination as the back-drop to Martin Luther King, Jr's 1963 "I have a dream" speech. Kurt Andersen talks with Professor James Horton about the hope King inspired.

Nixon at the Memorial
You might remember the scene from Oliver Stone's movie "Nixon": The President went to the Lincoln Memorial in the dark of night and was confronted by student protesters. Former White House aide Egil "Bud" Krogh says Stone got it wrong — Nixon didn't just talk about football.