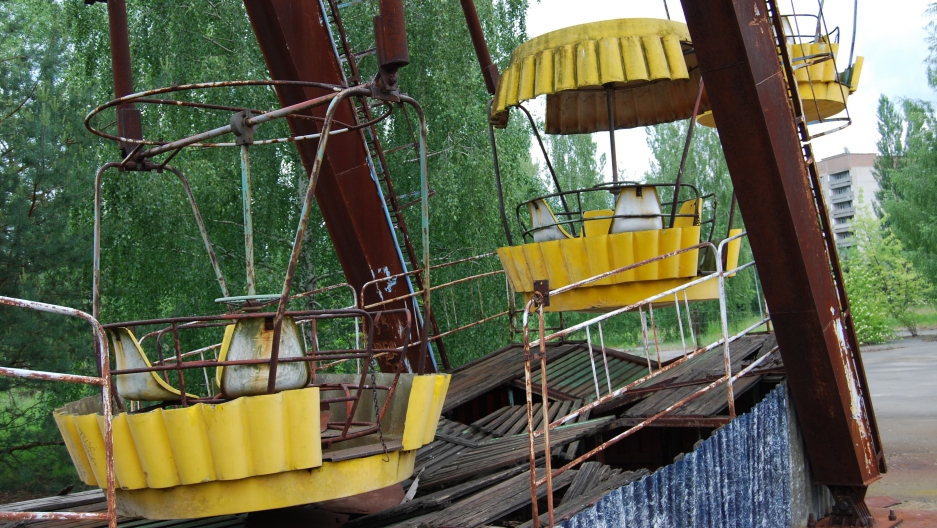 An old Ferris wheel in Pripyat. An amusement park was set to be opened May 1st, 1986, just days after the Chernobyl disaster.

I'm joined on my tour by four Americans and a Brit in a minivan, a family of three and two recent college graduates.

I'm the most paranoid or cautious member of the group.

The father from New Hampshire tells me not to worry. After about two hours of driving we make it to the Exclusion Zone, an 18-mile ring around the Chernobyl reactor. We're then shepherded into the building and meet our Ukrainian guide who works for the industry of tourism. He quickly goes over the history of the plant and the disaster. He tells me he's annoyed I'm reporting. 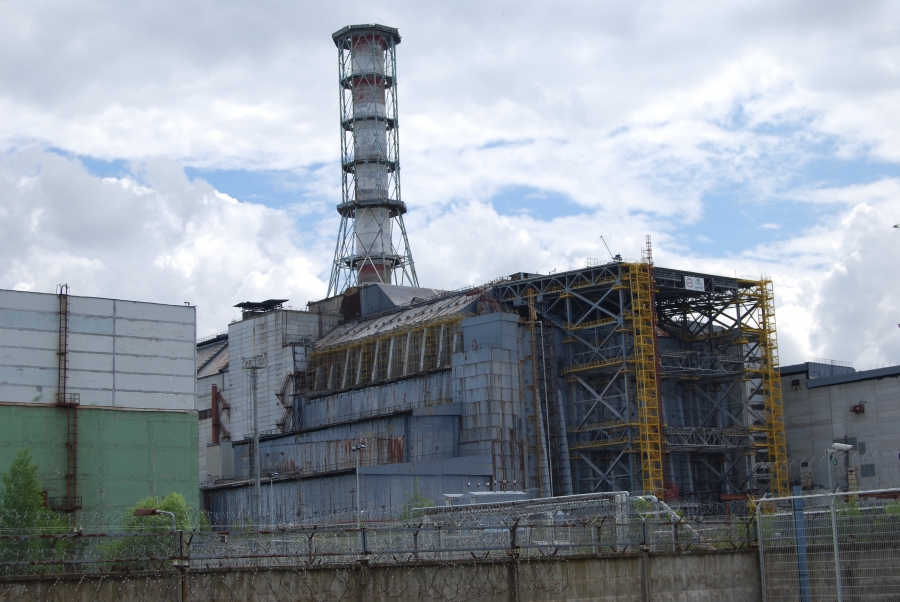 The sarcophagus, a massive steel and concrete structure, covers nuclear reactor 4 at the Chernobyl Nuclear Power Plant. The shell was designed to limit further radioactive contamination.

After a few minutes he hands us one single piece of paper and asks us to learn the tour rules. We sign the paper. Then we start the tour again in the car, and our guide points out the sites.

We stop at a field first. Then we see the nuclear reactors in the distance and our guide gets out a device which measures radiation. I don't understand anything he's just said, but one of our tour members assures us that the figures are fine.

Then we drive to Reactor 4, the reactor that exploded 22 years ago. The Soviets built a massive shell around it to keep radiation from leaking out, and the Ukrainians are now building a newer and bigger one.

So far the tour has been underwhelming and our guide seems bored. And he's a bit boring.

Then we enter the small company town adjacent to the reactor. We walk around. It's like a scene from a science fiction movie. The buildings have broken windows and peeling paint, and moss has taken over the streets and buildings. We all suddenly become photographers, documenting the abandoned civilization. A fallen doll and a teddy bear capture what we guess is a moment of panic and the fleeing of one family from the town. 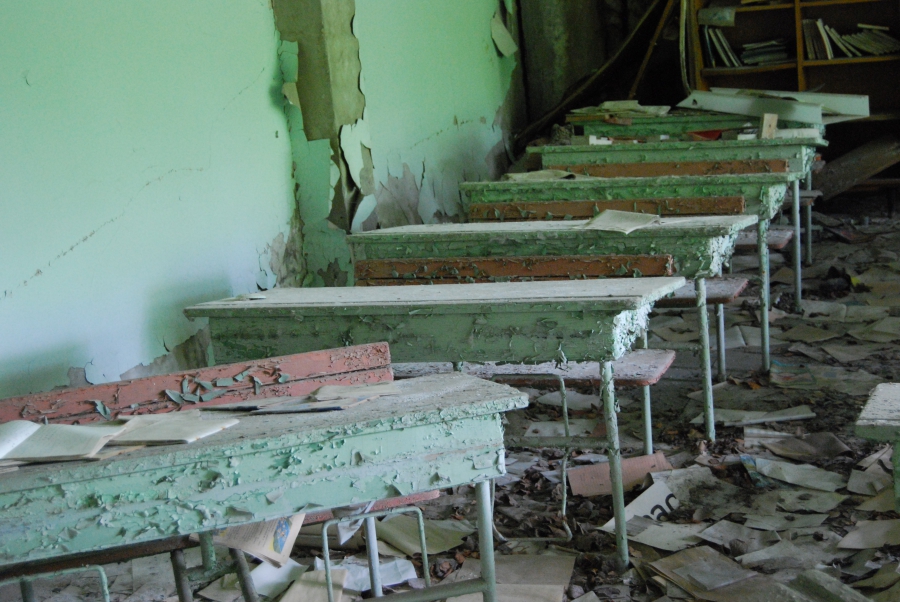 An abandoned classroom in the nearby town of Pripyat where most of the workers at the nuclear plant lived. The town was hastily abandoned the day after the Chernobyl disaster.

I then remember what a professor told me in Kiev: props have been put out for sucker tourists. It feels like a cheap, unnecessary trick — the scene is powerful enough as it is.

We walk around for another hour and then the tour ends. As we leave, our levels of radiation are measured. The machine blinks green and the guide allows us to leave and eat lunch. We eat in silence.

I later met with an Ukrainian official in Kiev to ask some questions about Chernobyl. He tells me the Ukrainian government doesn't allow tourism to Chernobyl. He says tourism is not a reason to get inside the Exclusion Zone. He claims these tours don't exist at all and he denies the fact that I ever went on the tour. 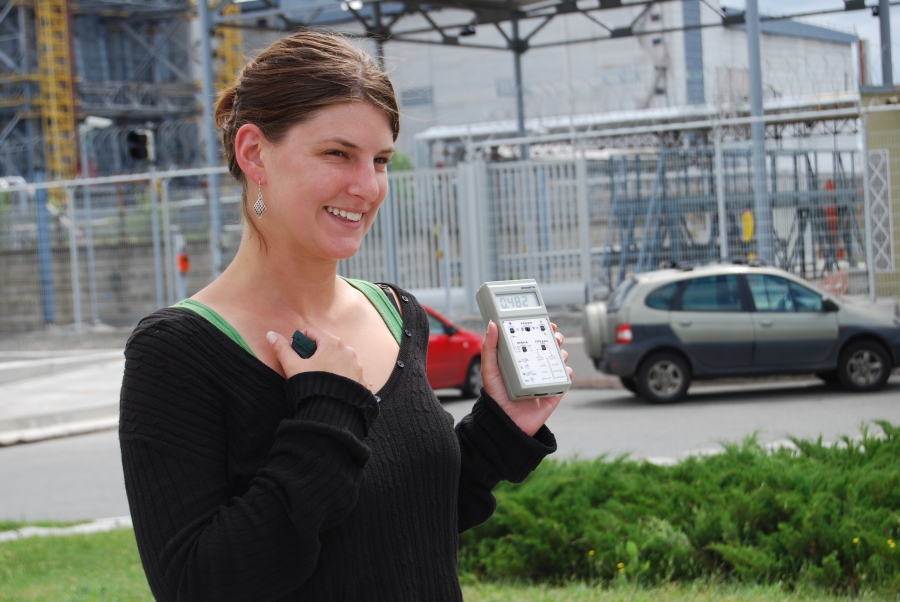