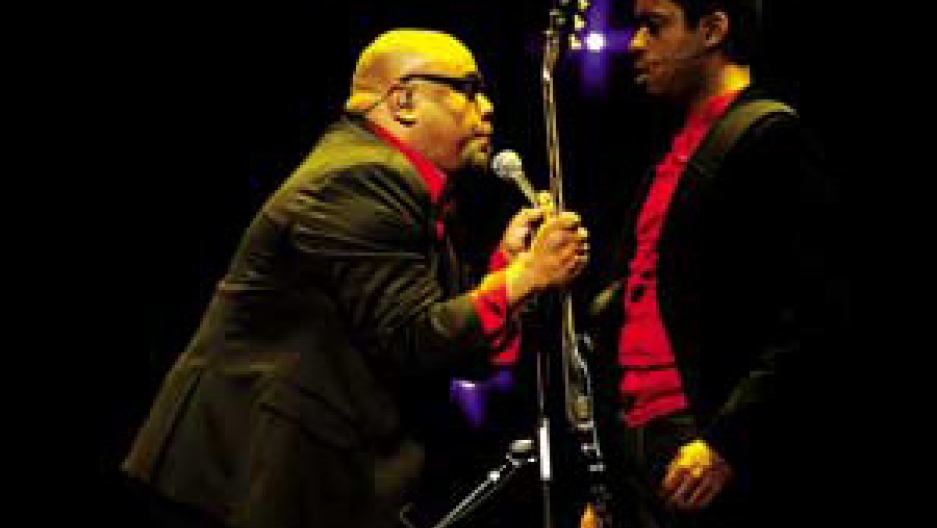 A Broadway musical with a fresh new story and a sound that isn't very Broadway. It contains actual rock 'n' roll, smart lyrics and real laughs, and it is totally entertaining. "Passing Strange" is up for six Tony Awards.

This ground-breaking rock musical is about a black teen who leaves Los Angeles to find himself in Berlin. Its creator Mark Stewart, a songwriter and guitarist who goes by the name of Stew, talks with Kurt Andersen about the autobiographical show and race in America today.

Stew says, "We only knew on thing in the beginning. We wanted to bring the actual rock-pop music that we do on to the American stage. We didn't want to make a rock-musical in quotations. So there's not a single note you'll hear in the theater that you would not hear in our club act."

In the story, the "Stew" character is played by a young actor while Stew narrates in the background, onstage. Stew explains how he came up with the idea " ... we felt like everybody who's 46 would like to be able to have a conversation with their 22-year-old selves ... just to see how it looks like."