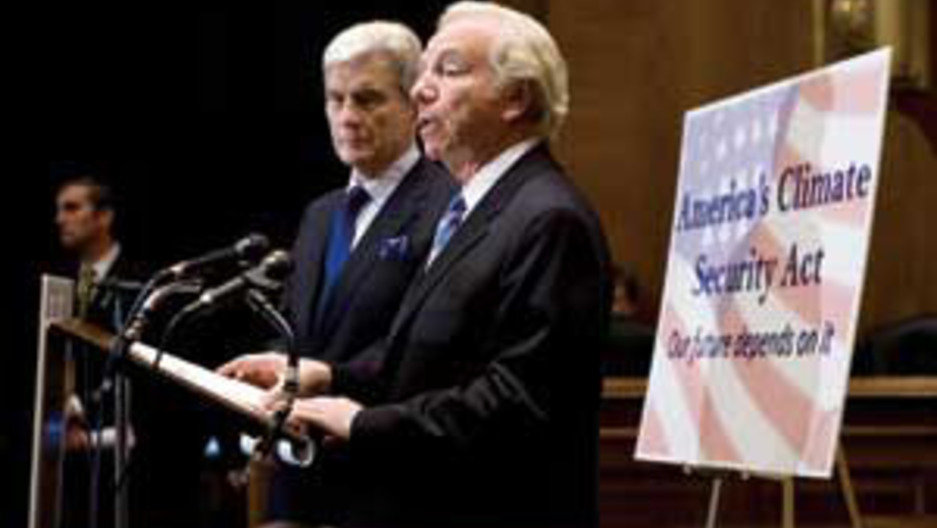 So Senators Warner and Lieberman tried to ease worries about the potential cost of cutting CO2. The bill lets companies who have a hard time cutting CO2 use more carbon offsets, instead – things like tree planting and other projects that could store carbon. It helps low-income households pay utility bills. And Senator Warner says his bill would let the president alter the carbon trading system if energy prices went too high.

Frank O'Donnell, a member of the non-partisan watchdog group Clean Air Watch, says a power company's position on a climate change bill largely depends on what fuel that company uses. Those that burn more coal are the strongest opponents. Companies like Pacific Gas and Electric tend to support regulation. They use a mix of nuclear, hydropower, natural gas and renewables like wind. O'Donnell says that's creating a split in an industry that often spoke with one voice against environmental measures.