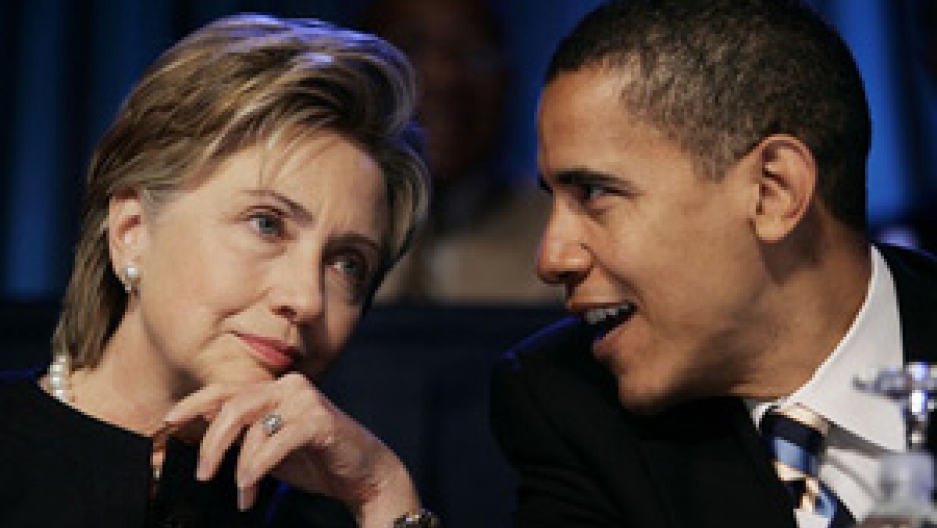 "Latino USA's" Carol King, reporting on the race in San Juan, says Puerto Rico could turn out to be decisive. The Puerto Rico primary takes place this weekend, where 55 delegates are at stake. In many ways, this contest is a diorama of the Democratic party's relationship with Latino voters. Hillary Clinton is extremely popular in Puerto Rico -- she's gotten an endorsement from Ricky Martin. Barack Obama is running a television ad there, where he speaks Spanish with "quite a good" accent.

According to King, if Obama gets at least 24 of the 55 pledge delegates, this would more than sufficient to keep him on target to get the nomination next week.