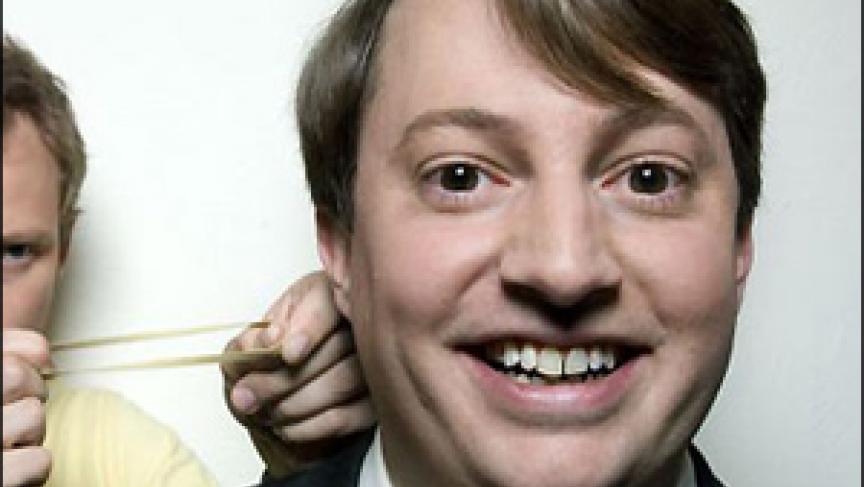 Thorn and Mitchell discuss a myriad of things, including robotic Scots Parliament members with lasers, the lack of Mitchell's palatial estate, and the history of the comedy duo.