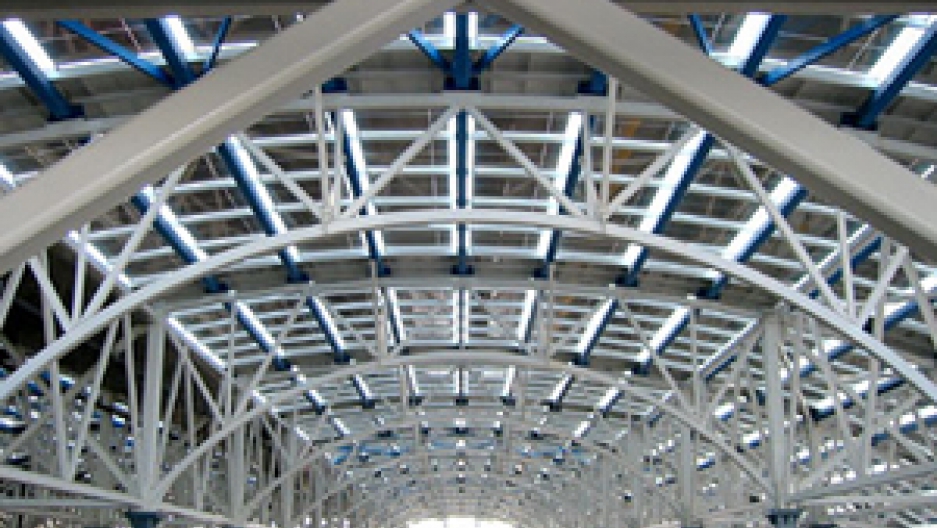 Four different transit lines terminate at the Stillwell Avenue Terminal, which looks like a modern-looking train shed, but in the old-fashioned, late 19th century sense of modern. The mass transit facility is run by solar power, generated by its glass roof.