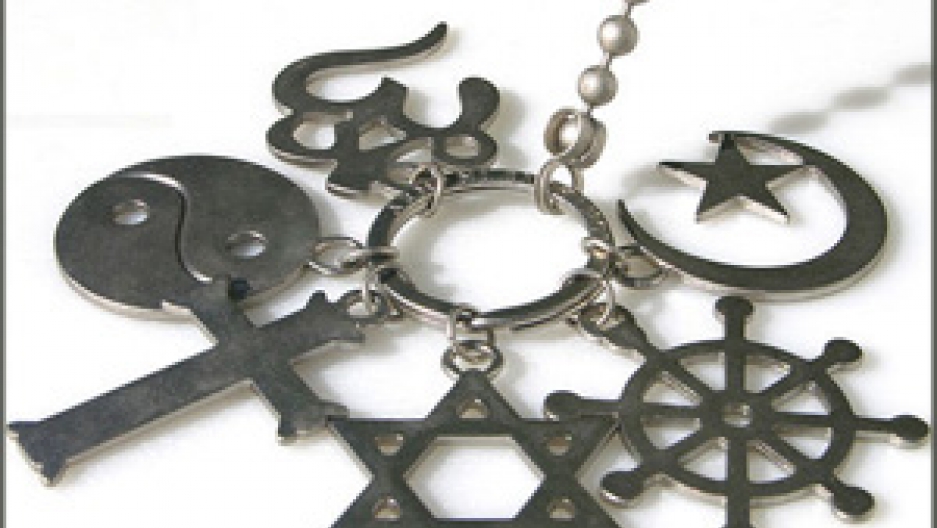 Tariq Ali is a historian, novelist and political commentator. He talks with Steve Paulson about Al-Andalus, the largely forgotten Muslim society on the peninsula that's now Spain and Portugal where Christians, Jews and Muslims once lived together in relative harmony.

Three women - a Jew, a Christian and a Muslim - tell Jim Fleming how they came together after 9-11 with the goal of writing a children's book and shared their experiences and religious perspectives. Their book is called "The Faith Club."

Excerpts from the story of Abraham and Isaac from "The Bible Experience", then the biblical story with Bruce Chilton, professor of religion at Bard College and author of "Abraham's Curse." He tells Steve Paulson why the story of Abraham and Isaac has inspired generations of religious martyrs; but according to Chilton, martyrdom is a misinterpretation of the message of the story in all three Abrahamic religions.

Peter Bebergal and Scott Korb are writers who became friends around such secular interests as sex, rock-n-roll and popular culture. Then they discovered they're both alive to the search for God and their friendship deepened. Peter is Jewish and Scott grew up Catholic. Together they've written a book called "The Faith Between Us." They talk with Anne Strainchamps about how their friendship developed and the role faith played in it.