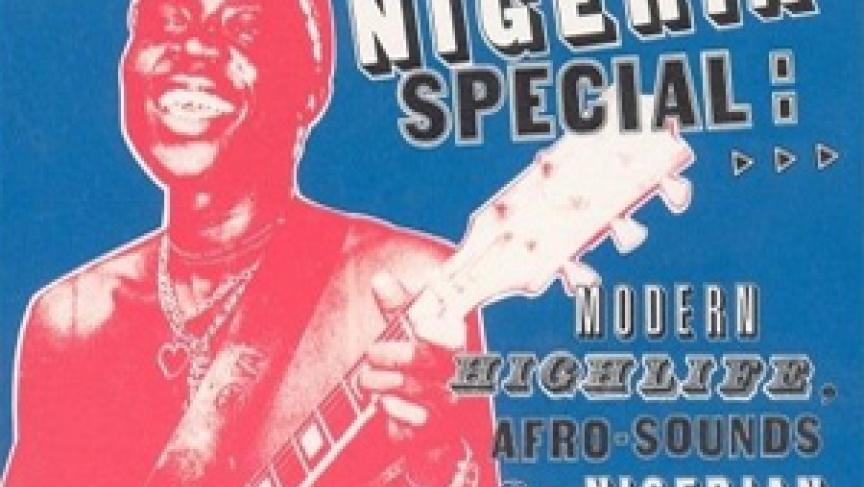 Rococo influenced music across Europe as well. Although you could loosely apply the term to any music that has adornment and frill. Defined that way, you can hear curvy, flowery musical embellishments in many parts of the world. Hey, with broad standards like that, even Nigeria had a Rococo period.

Listen to this guitar solo. This tune is by Nigerian one-hit wonders The Anambra Beats, a track they cut in 1973.

Nigerian music is so associated with the late Fela Kuti, that the many other artists who were playing at the same time are often overlooked. This collection provides a rich look into that music scene in the seventies.

It began to boom as the three year War in Biafra ended, and Nigeria opened a new chapter in its history. The Anambra Beats play a relatively basic form of West Africa's loping Highlife music, with the guitar stepping out front as the main voice.

There are also echoes of jazz and soul from America in this collection. You start to see how the featured artists represented a middle ground, a bridge of sorts between the Highlife music of the past, and the more strung out jams Fela Kuti was known for. Here for example, is a 1972 track sung in Yoruba by the enormously popular band Mono Mono.

After years of Nigerian artists releasing only 45s, Mono Mono was among the first groups to release an LP. We'll end today's program with the unlikely fusion of psychedelic blues and highlife.

It's performed by a band called the Hykkers.