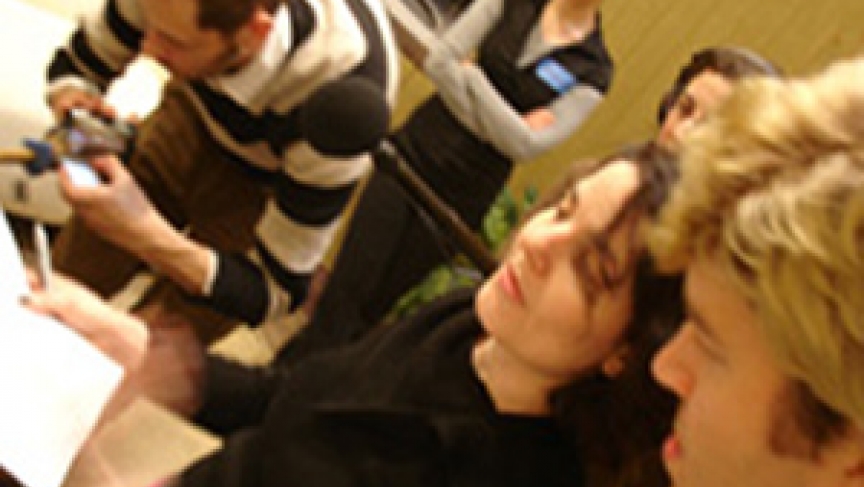 Inspired by his new film "Be Kind Rewind," director Michel Gondry created a special exhibit of movie sets at the Deitch Projects art gallery in New York, where people can walk in and make their own movies. So "Studio 360's" Michele Siegel gathered her co-workers to remake The Coen brothers cult hit, "The Big Lebowski" -- starring Kurt in the title role.

Siegel: We left the office early one day last week and made a film. It was inspired by Michel Gondry’s "Be Kind Rewind," about video store clerks who create (or "Swede") versions of Hollywood flicks in the backyard. We did ours on sets created by Gondry and open to the public in New York. Hear about our movie-making adventure, and watch the result, a four-minute picture we call "The Li’l Lebowski."