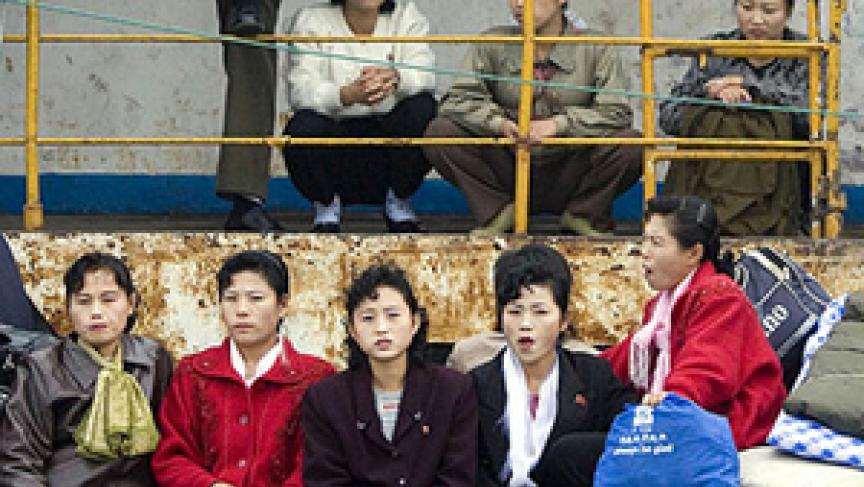 North Korea is one of the poorest and most repressive countries on earth. So it's no surprise that North Koreans are sneaking across the country's northern border into China by the thousands. And they're heading into an uncertain future. Some of them eventually make their way to South Korea. But many of them find life in the South as difficult as it is hopeful. A handful of North Korean refugees have settled in the United States in recent years. "The World's" Matthew Bell produced this special feature on North Korean refugees. Through personal stories of North Korean refugees themselves, it looks at the different stages of their journey and the politics that impacts their fate.

Part I: Escaping from the North
Tens of thousands of North Koreans have fled their native country in recent years. The lucky ones eventually make it to South Korea. But the relationship between the North Korean newcomers and their adopted homeland is an uneasy one. The World's Matthew Bell met some of them in Seoul.

Part III: Coming to America
Much of what we know about the day-to-day reality of North Koreans' struggle to survive comes from the stories told by those who succeed in escaping the country.

Four years ago Congress passed legislation designed to make it easier for North Korean refugees to seek asylum in the United States but since then, only a few dozen North Koreans have been able to re-settle here.