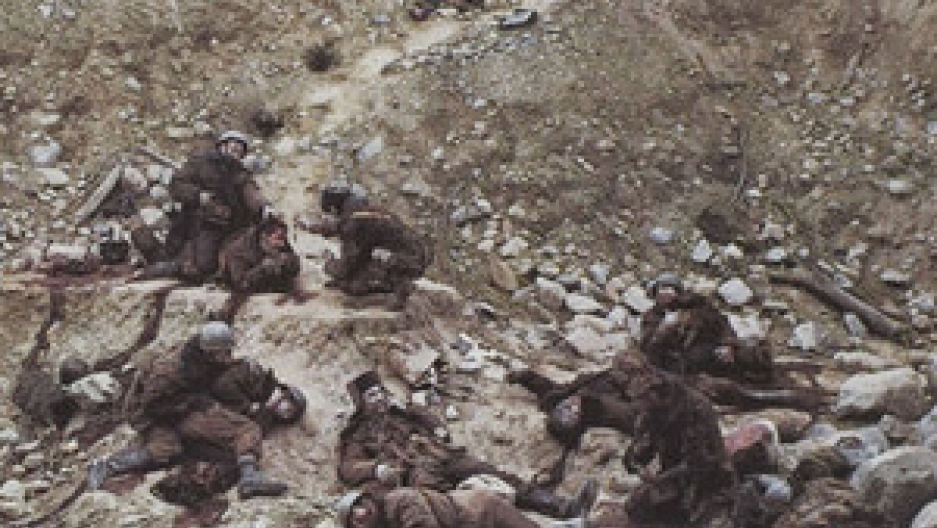 As the 5th anniversary of the Iraq invasion approaches, Kurt Andersen revisits his conversation with the late writer Susan Sontag. Recorded a month before the war in Iraq began and only a year before her death, Sontag looks at how we interpret images of war, and shares how she staged theater in the war zone. Also, novelists who escaped war find meaning in poetry, and two film critics look at how American filmmakers have fought and refought the Viet Nam war on-screen.

Susan Sontag: Art That Means War
Five years ago, on the eve of the U.S.-led invasion of Iraq, Kurt and the late Susan Sontag spoke about the ways artists portray war -- how they respond to it and why we need artists to help us understand it. Some of the artwork discussed included Francisco Goya's "The Disasters of War" and Jeff Wall's "Dead Troops Talk."

Vietnam on Screen
What do we know about a particular war after we've seen it reenacted dozens of times in dozens of different films? The U.S. pulled out of Vietnam in 1975, and we've been watching movies about it ever since. Film historians Larry Suid and Frank McAdams help us sort through them. Produced by Jonathan Mitchell.

Emmanuel Dongala
When the Congolese civil war broke out in 1998, the novelist Emmanuel Dongala and his family fled Brazzaville. While he was hiding with 40 others in a house as rockets hissed by and exploded just a few meters away, books became Dongala's refuge. Produced by Michele Siegel.

Sarajevo Blues
Aleksandar Hemon, the author of the novel "Nowhere Man," was in Chicago in 1992 when the war began in his hometown of Sarajevo. He found out much as he could, through TV news, phone calls, and letters from friends -- and found solace through the poetry of Semezdin Mehmedinovic. Produced by Michele Siegel.