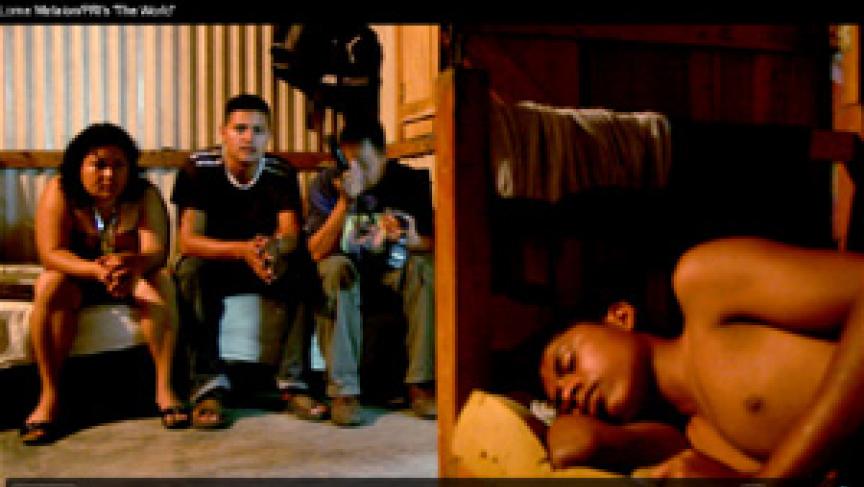 "The World's" Lorne Matalon reports on Mexico's other immigration problem -- undocumented immigrants from Central America -- Guatemala and Honduras -- crossing illegally into Mexico, on their way to the United States.

The Mexican government claims 400,000 Central and South Americans enter Mexico every year, some are seasonal farm workers, but the vast majority are passing through on their way to the US. The US border patrol estimates nearly half will make it to the US.

Many of the migrants take the train -- the lesser of two evils -- by road, they face police checkpoints, robbers or kidnappers who force their families to come up with the ransom. On the train they pay bribes to armed gangs that control who gets on, and in some cases, who gets thrown off. They must also stay awake, standing for days on end, gripping a handrail. Many have fallen off, losing limbs, or their life.