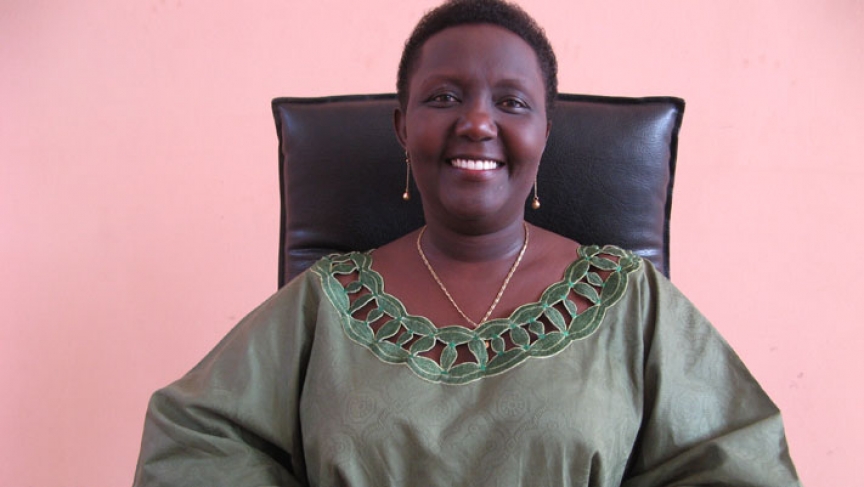 It is almost 14 years since the genocide in Rwanda. Hutu extremists killed hundreds of thousands of Tutsis and moderate Hutus in three short months. They also raped huge numbers of women. In a landmark ruling in 1998, the International Criminal Tribunal for Rwanda ruled that rape can constitute a crime of genocide. But despite that ruling, the majority of rape survivors from the genocide have not seen justice yet, neither at the international tribunal in Tanzania or in the domestic courts at home in Rwanda.

Usta Kaitesi is an expert on rape as a crime of genocide. She is a law professor at the National University of Rwanda. She says rape can be as destructive as killing.

"Sexual violence is destroying a person even if you leave their body to exist. You still destroy their inner person. You're destroying the capacity of that person to continue being a person. Today with AIDS, you are actually giving them a longer death. Killing is destruction, yes, somebody disappears, but rape destroys by and by. It doesn't destroy immediately. It destroys by and by," Kaitesi says.

During the genocide, Hutu rape of Tutsi women and girls was also intended to stop the production of Tutsi babies. Many of the victims were intentionally mutilated so they would never bear children again. The realization that rape was a key weapon of the genocide led the Rwandan government to put it in the highest priority category for prosecution.

But as in Bosnia, rape victims found it difficult to come forward.

"Talking about rape, one of the witnesses in the former Yugoslavia said that for a victim to speak about rape in court is just like being raped again, only this time before a room full of strangers. So that much I know, that for the victims it's not easy," Kaitesi says.

Rwanda faced many challenges after the genocide.

One was how to prosecute hundreds of thousands of perpetrators. It set up a system known as Gacaca, informal community courts with lay judges, to try the bulk of the cases. But lawmakers worried that rape victims would not feel comfortable testifying in the community courts.  So they kept rape cases in the regular courts.  But ironically, rape survivors don't feel that justice has been served. The regular court system is so broken that most cases have simply languished. Now there's a proposal to transfer them to the Gacaca system.

Domitilla Mukantagwanza, who oversees the Gacaca courts, says rape victims are ready to speak out.

"We have received many requests: 'Why don't you punish rape?' I have discussed with most of the women, 'Are you ready to testify? Are you ready to come before the court and to denounce these people who raped you?' They say, 'Yes. we are ready. We do not have to hide anything. Everyone knows that we have been raped. It has been committed publicly.' They can talk about this because they want to have those who raped them punished," she says.

But a powerful organization of genocide survivors, IBUKA, has come out against the plan.

"Rape is an extraordinary sin. It violates a person's most intimate self. The women who are raped keep it secret even up to today. International law prescribes these crimes be tried in secret, not in public. These should be trials behind closed doors. The rape cannot be transferred to Gacaca because those proceedings are in public. The judges are non-professionals. They are illiterate or semi-illiterate. It would be unacceptable to hold these trials in public," says Theodore Simurudali, IBUKA's president.

Mukantagwanza downplays the weaknesses of the Gacaca system. She thinks it can be adapted to protect rape victims. Usually Gacaca sessions are outdoors and attended by community members. But rape cases could be heard indoors, in closed session, she says.

"We'll see how to protect the victim, but we think also if it is decided, we are going to have some trauma counsellors, some security officers within the room to guarantee the security, and also our representatives they are going to be there," she says.

That's unlikely to sway critics, including legal experts outside Rwanda who say the Gacaca trials don't measure up to international standards.

But Mukantagwanza is proud of what the Gacaca system has achieved so far. It has rendered speedy judgments in hundreds of thousands of genocide cases. She says moving the rape cases to Gacaca will ensure they are heard. She also thinks seeing justice done will encourage rape victims who haven't spoken up yet to file their cases.

Kaitesi has thought hard about what it would mean to move rape to the Gacaca courts. She has come around to thinking it is a good idea. Otherwise, she says, sexual violence is made invisible yet again.

"If you elevate it and you never hear it in court, you consciously know that it's one of the crimes that were committed, but you have lost it in the system. You have not condemned it. And therefore you have followed the same past like sexual violence has taken all over the past in the whole world," Kaitesi says.

If the Rwandan government approves the move, thousands of rape cases from the genocide will begin to make their way through the Gacaca system. It's not clear whether rape survivors will embrace the move or not. But they may well decide that the way things are going, imperfect justice is better than painfully slow justice, or no justice at all.