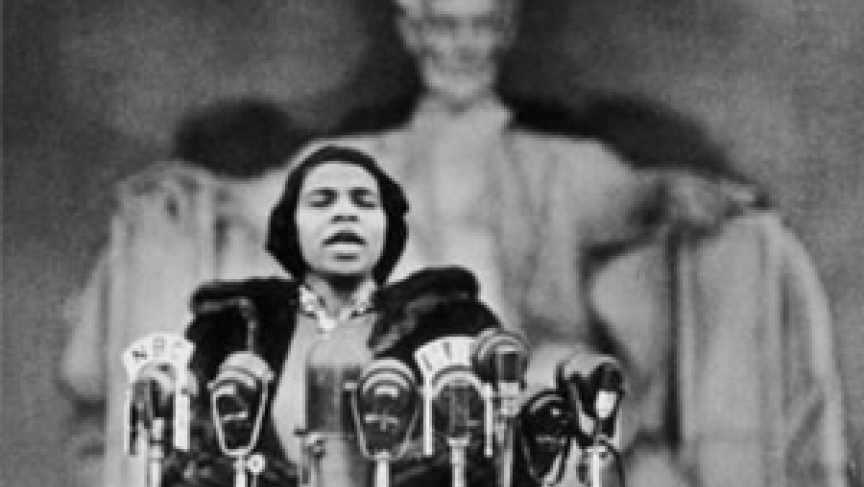 In the spring of 1939, opera singer Marian Anderson was banned from performing at Washington, D.C.'s Constitution Hall because she was African-American. In this segment from PRI's "Studio 360," Dorothy Height, Chair and President Emerita of teh National Council of Negro Women, remembers how that event sparked a relationship between the burgeoning Civil Rights movement and the Lincoln Memorial.

First Lady Eleanor Roosevelt was so upset about her racial exlusion that she offered Anderson the Lincoln Memorial for her concert instead. On Easter Sunday, April 9, 1939, a huge crowd gathered at the memorial, not just to hear Marian Anderson sing, but to take a stand against racial segregation in America.

PRI's "Studio 360" is public radio's smart and surprising guide to what's happening in pop culture and the arts. Each week, host Kurt Andersen introduces you to the people who are creating and shaping our culture.