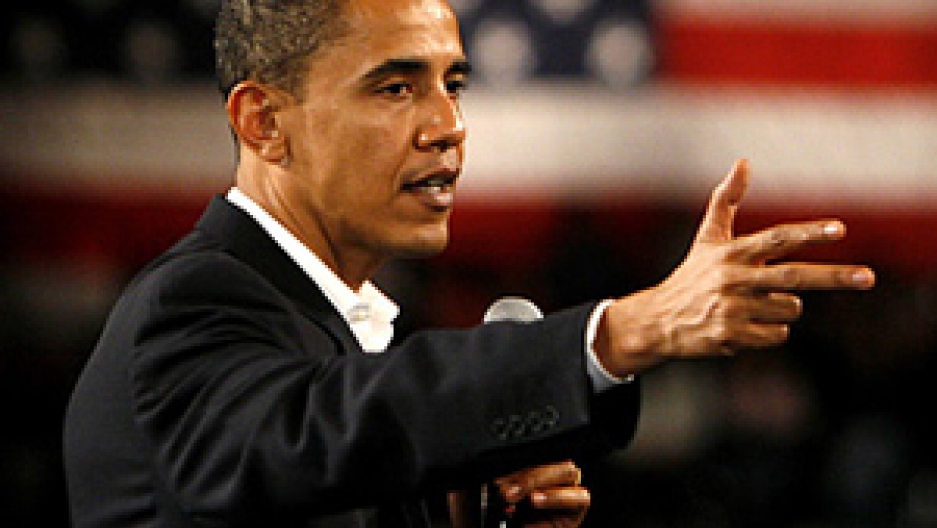 Change … you’ve heard about it in the campaign … again and again. Barack Obama has made it the underlying and the overarching theme of his campaign, as in this moment from the South Carolina Democratic debates: “ Transparency and accountability, getting people involved that’s how we’re going to bring about change, that’s why I want to be President of the United States. To respect the power of the American people to bring about change.”

Barack Obama selling change is hardly a surprise. Almost every candidate does. It’s the easiest way to convince voters they should replace the politician … or the party … that’s in power.

When it comes to delivering change, there are infinite ways for a president to succeed and to fail. After only four years as a senator, Barack Obama doesn’t have much of a record in Washington. But if he is elected, some change comes with him, automatically.

For one, he’s African American. And he’s young -- just 46. At 47 on Inauguration Day in 2009, Obama would be one of the youngest presidents in history. Obama’s relative youth echoes another senator-turned president: John F Kennedy.

The comparison follows Barack Obama just about everywhere he goes. Kennedy’s own daughter and his brother Senator Ted Kennedy endorsed Obama this week, calling him the candidate who embodies the kind of change JFK represented.

The comparisons to JFK -- the idea of a new Camelot in the White House -- isn’t lost on Sally Quinn. The author and "Washington Post" reporter is one of the arbiters of Washington’s power scene. She says Obama’s non-traditional presidency would be a tectonic shift in how Washington operates socially, and politically: “... the way we’ve been doing things is old and tired and stale and I think it would be, as you say, extraordinarily refreshing to have a new face here. Now whether he would make a great president, I don’t know.”

But if the comparisons to JFK true, would they help Obama in Congress. Not necessarily, says Donald Ritchie, the Senate’s associate historian.

Ritchie says just like Hillary Clinton and John McCain, Obama is trying to be the first person since Kennedy to go straight from the Senate to the Oval Office. But being a young upstart senator didn’t really help JFK with Congress: “When John F Kennedy was elected in 1960, he had been a junior senator, sort of a back-bench senator. He wasn’t taken as seriously by his colleagues as he was by the voters in the primaries, and as a result he didn’t really have the close connections especially with the chairmen of the powerful committees whose support he was going to need.”