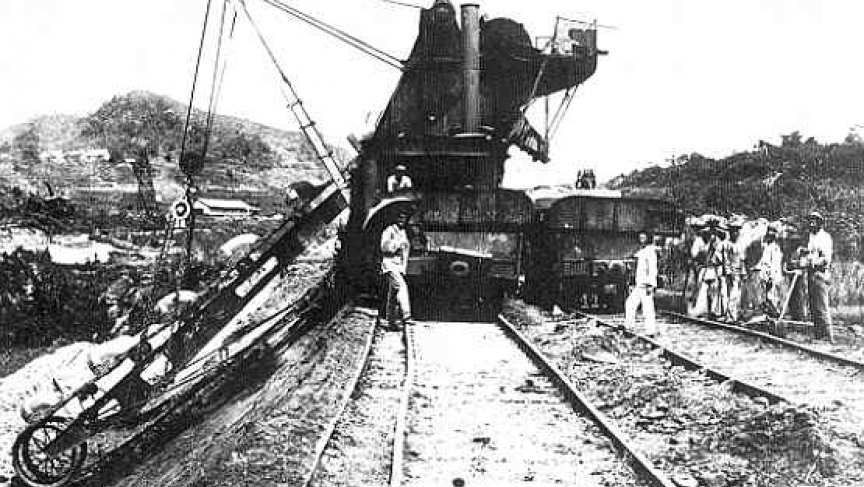 A century ago, the building of the Panama Canal and construction of Lake Gatun was met with great fanfare. It captured the attention of the world, showing that the seemingly impossible was indeed possible.

The engineers were heroes, household names. Newspapers were obsessed with how much earth would be excavated to build the canal – enough to build a pyramid 4,200 feet high, more than seven times the height of the Washington monument. Or enough to form a solid shaft, the dimension of a city block, nineteen miles in the air.

Flash forward to today: When the Panamanian government announced last fall that it would spend $5.25 billion to widen and overhaul the Panama Canal, the world’s press barely mentioned it. I suppose few feats of engineering seem that remarkable or extraordinary with our 21st century technology. An indoor ski resort? No problem. A 150-story building? Yawn. But widening the Panama Canal will be no easy feat.

Despite our 21st century know-how, the technology that’s needed today is pretty much the same as it was a century years ago: we need big machines that can dig a lot of dirt, and explosives that can blow rocks to bits. This seems like a relatively easy thing to accomplish. But Panama is not such an easy place to do this. The geology is difficult terrain. The climate is hot and humid, making life quite difficult for workers. When the French tried to build a canal in the late 19th century, they failed miserably. The elements were too much – malaria and yellow fever killed roughly 22,000 people. Landslides were frequent, wiping out months of work in mere minutes.

It’s a much different picture today, of course. Those diseases are largely eradicated, the infrastructure of homes and hospitals are already in place. But widening the canal on time, within budget is not a slam dunk. As much as widening the Panama Canal is an engineering project, it will be an unparalleled organizational challenge.