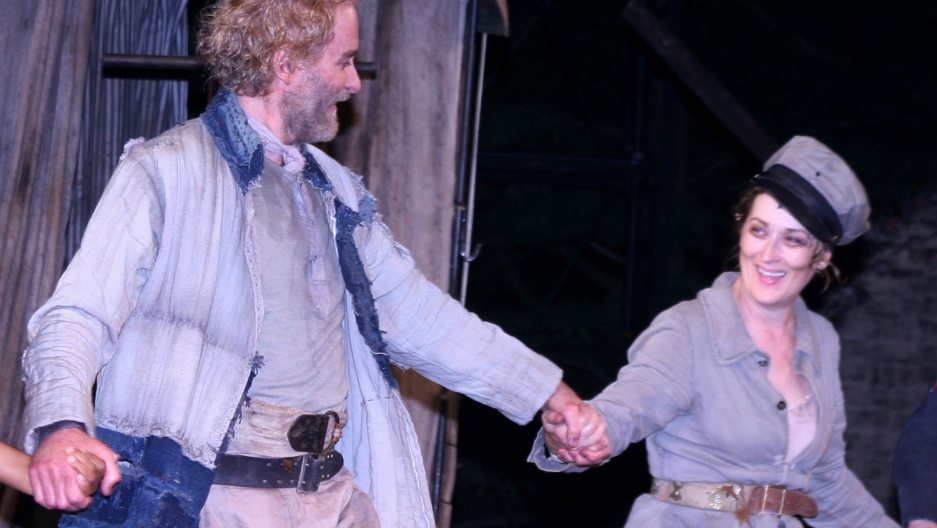 Right now, New Yorkers can see Meryl Streep and Kevin Kline performing in Bertolt Brecht's play Mother Courage and Her Children at the fiftieth annual Shakespeare in the Park festival. This isn't the first time a playwright other than Shakespeare has crashed the festival. WNYC's Sarah Montague talks with Meryl Streep about a cultural tradition that doesn't always stick to the script.