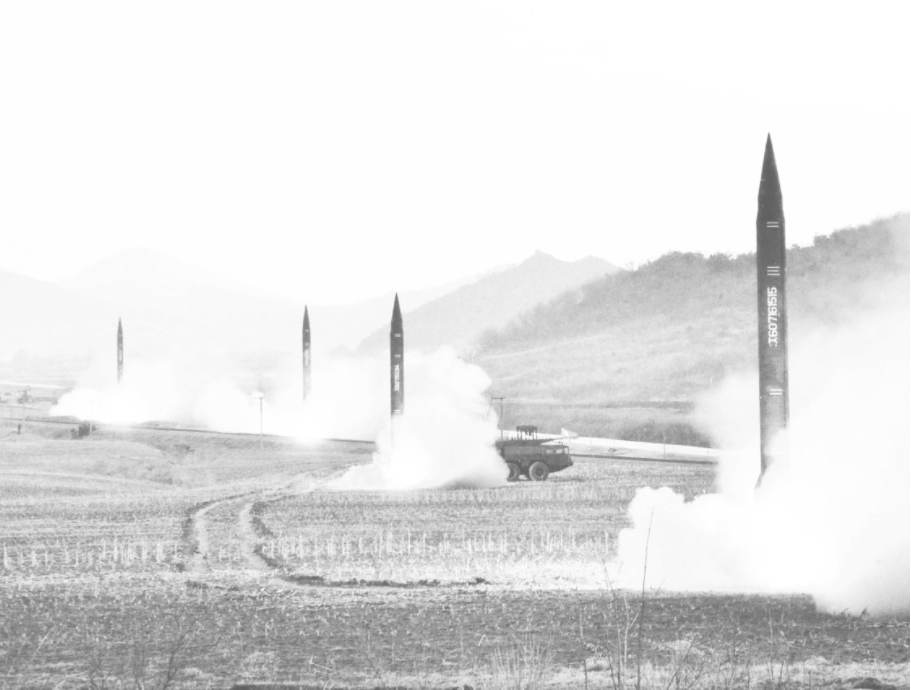 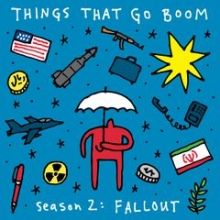 A podcast about the ins, outs, and whathaveyous of what keeps us safe.

S3 E4 (The Wrong Apocalypse) - This Is Not a Drill

Are we in the middle of a new Cold War? Or have we rewritten the game? With old nuclear arms treaties expiring, and no new ones being signed, are we adapting to the times or playing with fire? In this episode, we look at the past and present of civil defense and nuclear arms control and ask what we can do — as individuals and as a nation — to prevent the existential threat of nuclear war. GUESTS: Alex Wellerstein, professor at the Stevens Institute of Technology and historian of nuclear weapons; Alexandra Bell, Senior Policy Director at the Center for Arms Control and Nonproliferation. ADDITIONAL READING: NUKEMAP. Trump Will Withdraw From Open Skies Treaty, New York Times. Time Running Out on the Last US-Russia Nuclear Arms Treaty, Defense News. Will Donald Trump Resume Nuclear Testing?, The Economist.
Full story - June 16, 2020 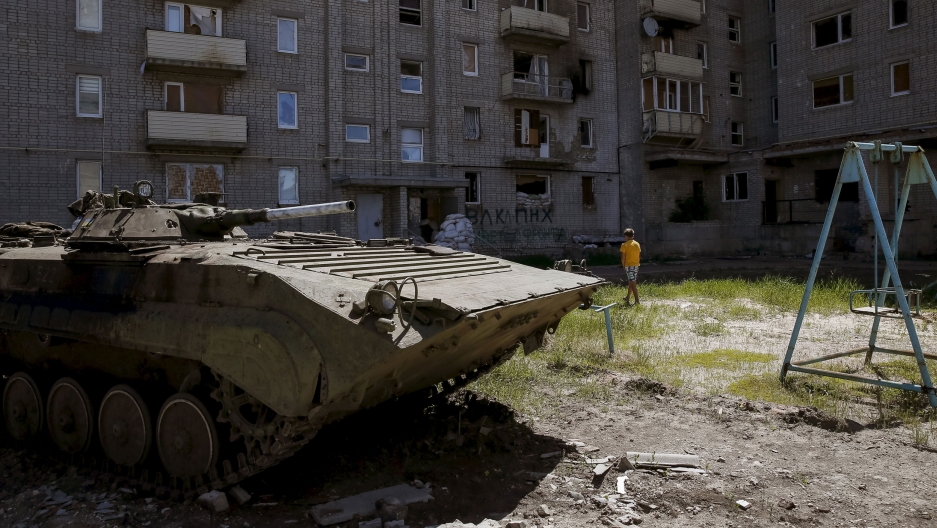 Is the US ready for the rising tide of mercenaries?

War is getting sneakier. And mercenaries could be changing war in ways that the US might not be prepared for.
Full episode - June 15, 2020

S3 E3 (The Wrong Apocalypse) - So You Want Your Own Army?

After almost a decade in prison, Yevgeny Prigozhin was released into a new world. Gorbachev gave his last speech as leader of the Soviet Union; the Communist Party was outlawed. Soon, gangs were violently extorting new business owners and the murder rate doubled. But Prigozhin was comfortable with chaos. He started a hot dog stand and climbed his way up into the highest echelons of power… then decided to diversify. In this episode, we look at a Russian businessman who takes on a new game, war in the shadows, and how we prepare for what we can't see. GUESTS: Anastasia Gorshkova, Russian Journalist; Sean McFate, Georgetown, Author, Former Mercenary ADDITIONAL READING: Putin’s Kleptocracy, Karen Dawisha. The Future is History, Masha Gessen. The New Rules of War, Sean McFate.
Full story - June 04, 2020 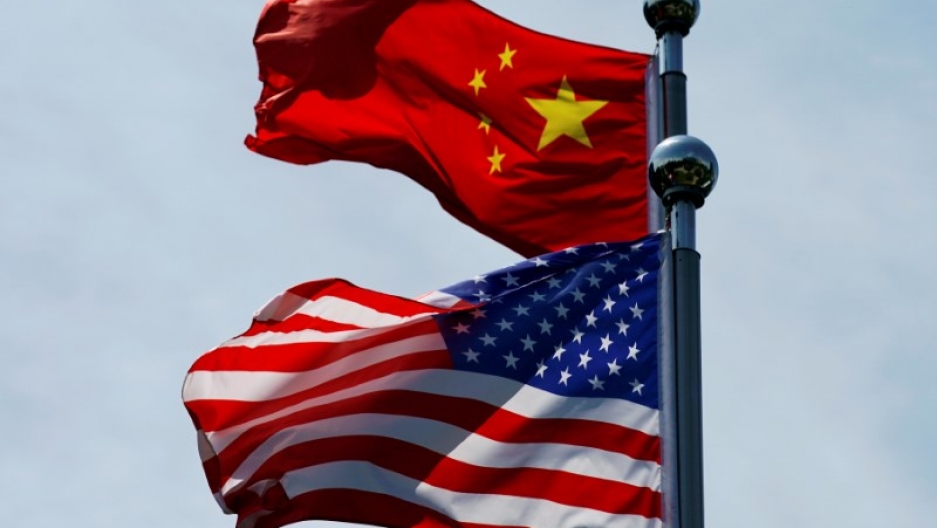 Was the US sleeping through China's rise?

If the US can’t take care of itself in times of major crisis, how exactly is it supposed to “beat” China in global competition?
Full episode - June 01, 2020

While We Were Sleeping

If the US can’t build better airports or trains than China, or even take care of itself in times of major crisis like the coronavirus and the current civil strife, how exactly is it supposed to “beat” China in this global competition we’re in? We look back to see how China’s ascent snuck up on the US, and we ask if a zero-sum mentality is sleep-walking us to war.
Full story - May 18, 2020 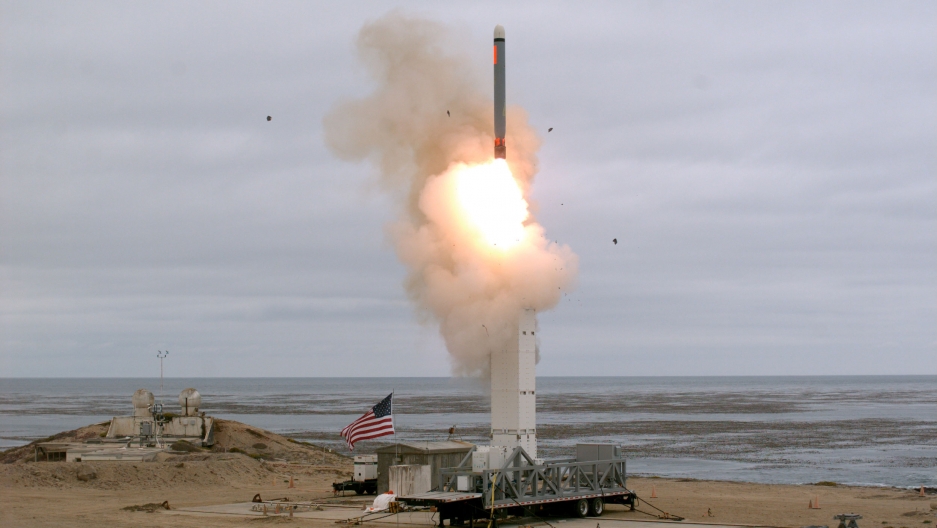 The US spends billions and billions of dollars on defense, but the novel coronavirus slipped silently and invisibly across US borders and even onto military aircraft carriers. One could say the US was preparing for World War III when it got hammered by World War C — the coronavirus.
Full episode - May 18, 2020

The US spends more than $700 billion on defense every year, more than healthcare, education, and all the rest of our discretionary spending combined. And yet the coronavirus slipped silently and invisibly across our borders, and even onto our aircraft carriers. You could say we were preparing for World War III, when we got hammered by World War C. This season we ask, “What else are we missing?” GUESTS: Alden Wicker, Sustainable Fashion Journalist; Kathleen Hicks, CSIS; John Blocher, Dave Ahern, Mia Herrington, and Larry Rubin, who shared their personal views with us at Defense One 2020. ADDITIONAL READING: Getting to Less, Foreign Affairs. The Lessons of Y2K, 20 Years Later, Washington Post. Nuclear Spending vs. Healthcare, ICAN.
Full episode - May 04, 2020

Could the rise of China and Russia spell the end of the US as the dominant world power? Are we on an irreversible path toward military confrontation? Are we prepared for life in a multilateral world? Military spending is growing, and the Pentagon says it’s in service of something called “great power competition” — but are the biggest threats to US power military? Or, something else.  This next season of Things That Go Boom will explore how our national security has refocused on threats that require traditional military might — things like carriers and fighter jets — at a time when some of the biggest threats to our security are silent, agile, economic, and even viral. We’ll ask if our main adversaries — Russia and China — are really a threat, and we’ll examine just how strong, or weak, a position the US holds in this new geopolitical reality.
Full episode - January 08, 2020

Last night it looked like we were headed for war. Iran fired more than a dozen missiles at two military bases in Iraq in response to US escalation in the region. How worried should we be? And, now that we know that President Trump is willing to take the most extreme option offered (ie: killing Iranian Gen. Soleimani with a drone) should we be even more concerned about his authority to launch nukes? — Things That Go Boom is a production of PRX and Inkstick Media. This episode was produced by Ruth Morris and written by Laicie Heeley. Darien Schulman composed our music. A special thanks to the Carnegie Corporation of New York for their support. For more information, visit us at https://inkstickmedia.com/.
Full episode - July 08, 2019

When we left off with our second season, there were... a few things happening with Iran… And Amb. William Burns has a unique perspective -- he's been down this road with Iran before, as one of the architects of the 2015 nuclear deal. We ask Burns for a gut check on the current situation, from Iran's threats to ramp up uranium enrichment, to the fallout from President Trump's 'exchange of love letters' with North Korea. He also shares some of the lessons from "the most depressing brainstorming session" of his career. William Burns served five presidents and retired as the State Department's No. 2 official. Today he’s the head of the Carnegie Endowment for International Peace, in Washington, DC. His book is “The Back Channel: A Memoir of American Diplomacy and the Case for Its Renewal.”