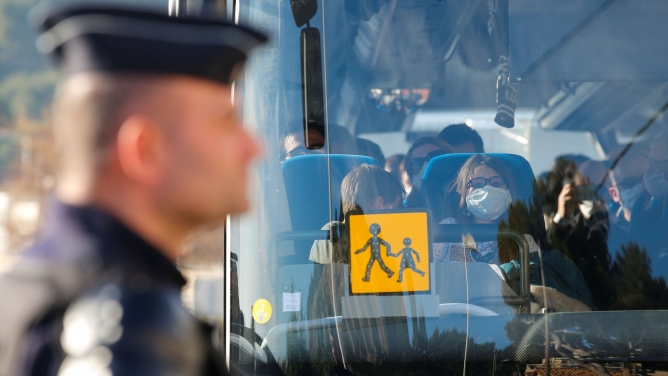 China by far is bearing the biggest burden of the new coronavirus outbreak — only about 100 cases have been reported outside the country. But on Thursday, the World Health Organization declared it a public health emergency of international concern, while at the same time recommending countries not limit trade and travel to China. Michael Mina, an infectious disease specialist at Harvard, explains what's known at this point about this disease and the best ways to respond. 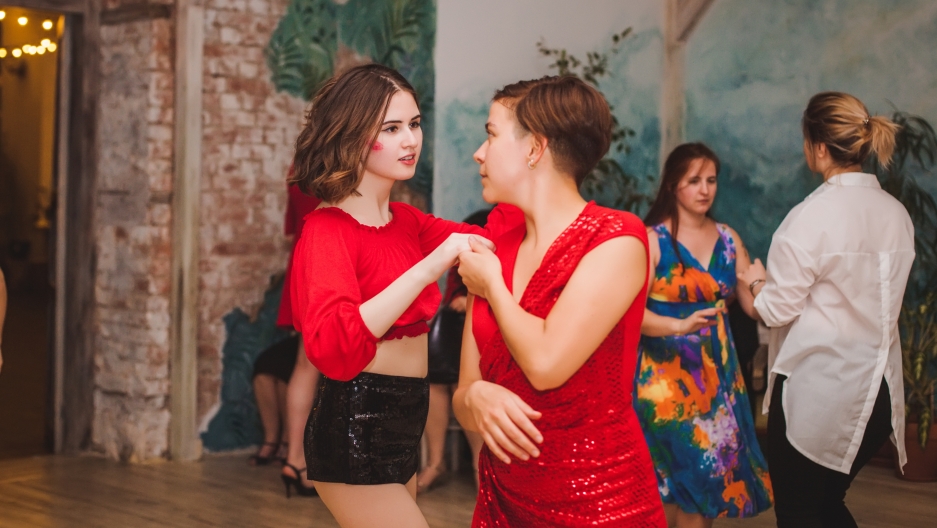 The Russian capital’s first queer dance festival hopes to change attitudes toward the LGBTQ community in a country where pride marches are illegal and LGBTQ-related hate crimes are on the rise.
Full episode - February 19, 2020 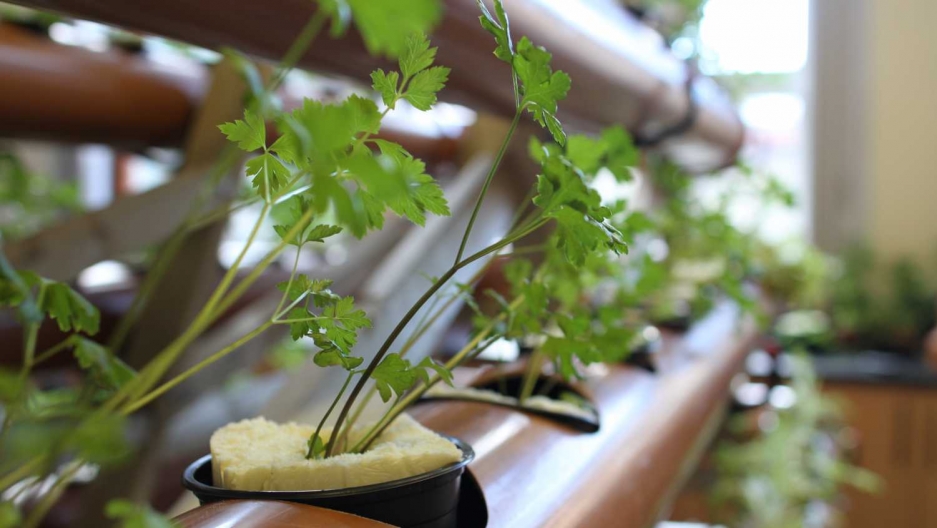 10,000: Grow your meal in a repurposed mattress

From The World and PRX, this is The Number in the News. Today’s number: 10,000. Zaatari, a Syrian refugee camp in Jordan, has quickly turned into a city of 80,000 people since opening in 2012. Water can be scarce and the desert soil is too poor to cultivate anything, making nutritious food a hard resource to come by. But scientists from the University of Sheffield in England have a solution. They're teaching refugees how to grow food by using old foam mattresses instead of soil. They have 10,000 mattresses on hand, and the UN Refugee Agency is training people how to use them. It’s working at the refugee camp, and it could be a solution used in cities around the world.
Full story - February 18, 2020 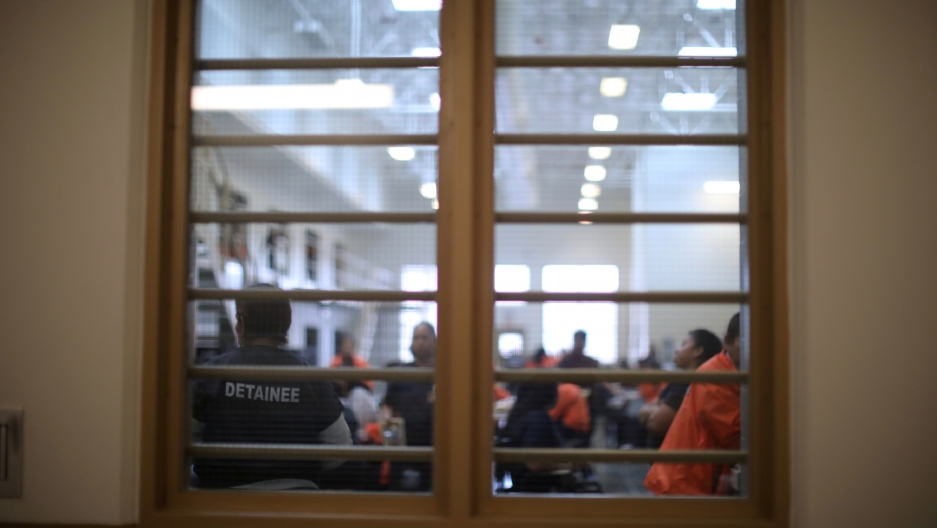 The United States runs the world’s biggest immigration detention system. A new law in California is trying to shrink it with mixed results.
Full story - February 18, 2020 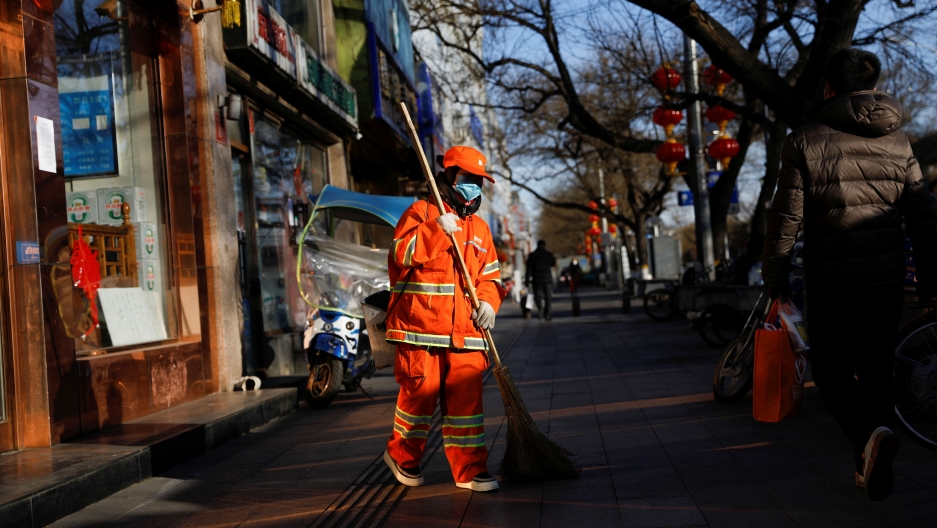 What we know and don’t know about COVID-19

The new coronavirus outbreak centering in China, has led to the spread of a deluge of information, both reliable and unreliable. The WHO calls it an "infodemic." What do we know and don't know about COVID-19? The World’s Elana Gordon hosted a Facebook Live on Wednesday, Feb. 19, 2020 with Dr. Michael Mina of Harvard's T.H. Chan School of Public Health.
Full story - February 18, 2020 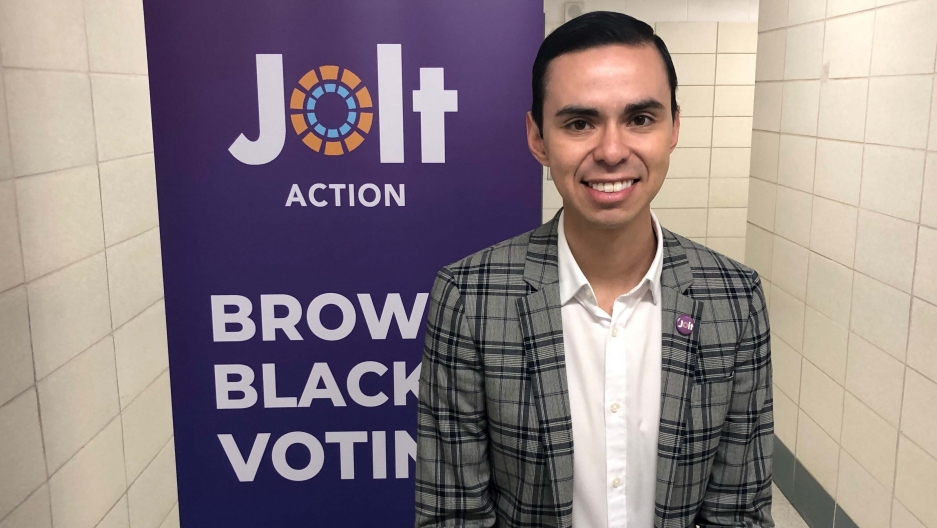 In Texas, youth groups hope to turn the state purple in November 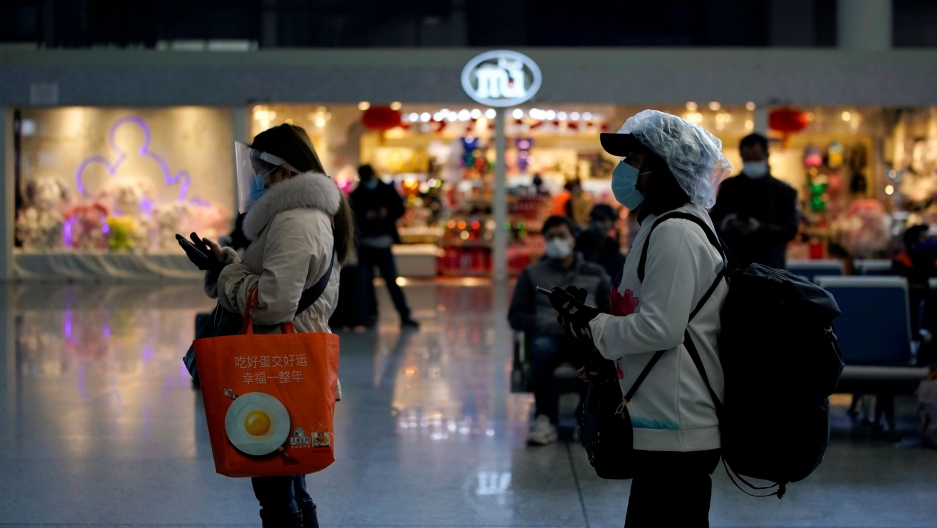 A reality check on the coronavirus outbreak

We're due for another coronavirus reality check on what we know and how we know it. Dr. Michael Mina, an infectious disease specialist at Harvard's T.H. Chan School of Public Health, speaks with The World's host Marco Werman about the latest understanding of how the virus spreads, how it incubates and how deadly COVID-19 is compared to other respiratory diseases. And, Amazon founder Jeff Bezos says he’ll start handing out $10 billion worth of grants to fight climate change. Also, in Thailand, snails have long been seen as creepy pests that ravage crops. Now a beauty craze sweeping Asia — rubbing collagen-rich snail excretion on your face — has radically hiked the value of snails.
Full story - February 18, 2020 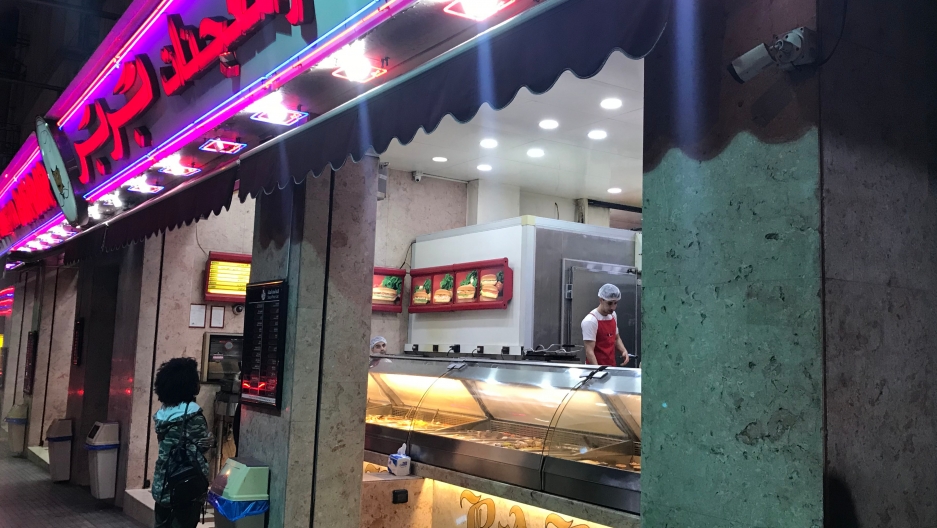 As Lebanon’s economy has deteriorated in recent months, many migrant workers have gone unpaid. Owed months or even years’ worth of wages, they are unable to afford plane tickets home and often have nowhere else to go.
Full story - February 18, 2020 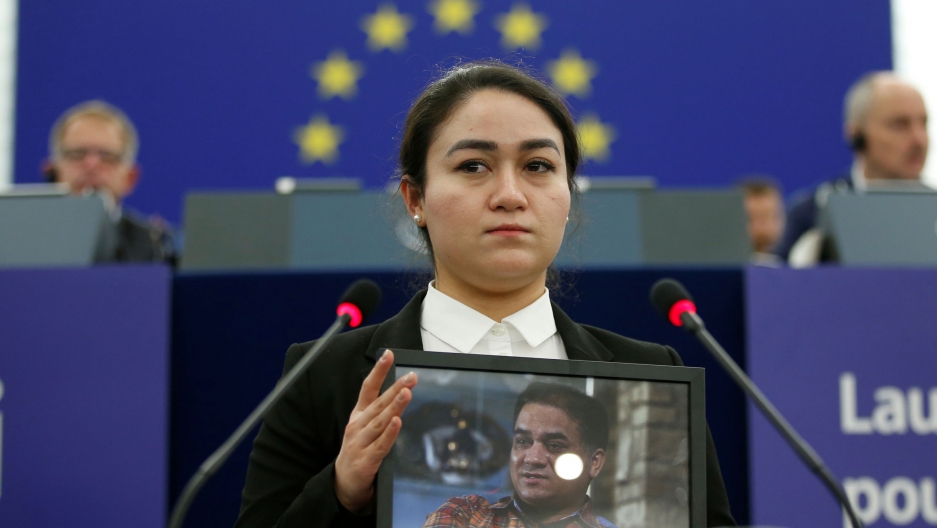 New data on China's detention of Uighurs: 'They could charge you for anything'

A newly leaked database provides further evidence that China's detention of the Muslim minority group is based on religion, family ties and retrospective punishment for arbitrary infractions, like having at some point worn a veil, grown a long beard, or being an "untrustworthy person born in a certain decade." Uighur activist Jewher Ilham spoke to The World's Marco Werman about the detention and surveillance of Uighurs in China.
Full story - February 18, 2020 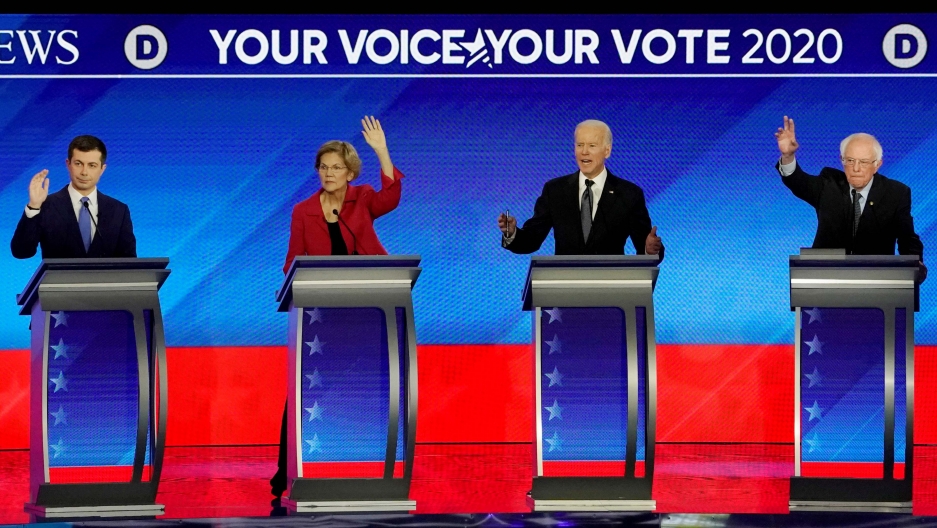 For the first time, a climate journalist will moderate a presidential debate

Telemundo's climate correspondent Vanessa Hauc will co-moderate the debate in Las Vegas. "The people that have the least are the ones that are going to be more affected" by climate change, she said.
Full story - February 17, 2020 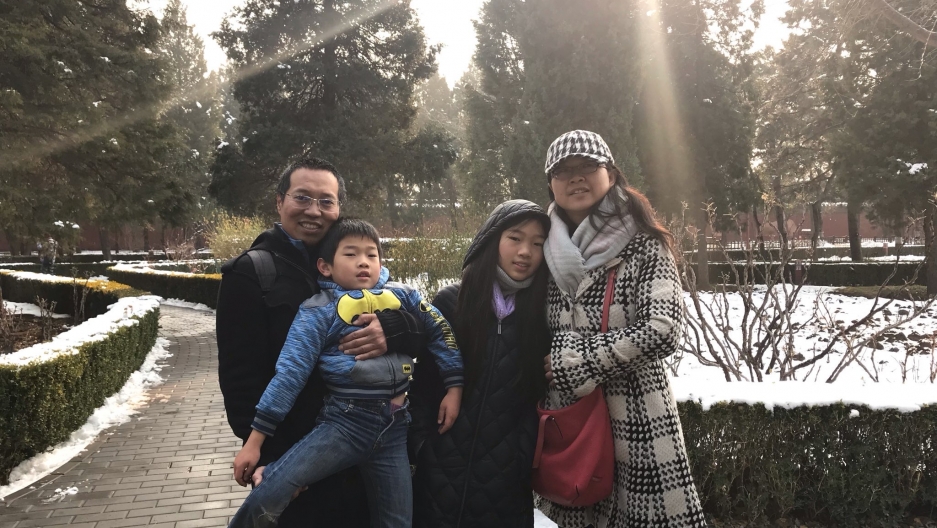 A California family went to China to renew their work visas. Once coronavirus hit, they got stuck.

The Hou family’s trip to China last month was supposed to be a routine visit to renew their US employment visas. Then the coronavirus hit.