The trailblazing filmmaker Agnès Varda died on Friday of breast cancer at age 90. In tribute to her, we’re revisiting Kurt Andersen’s 2017 interview with Varda and her collaborator JR.

Their Oscar-nominated movie, "Faces Places," documents their loving — albeit unexpected — friendship. She was a founding member of the French New Wave, while he is a 36-year-old French artist known for plastering huge black-and-white photographs on the sides of buildings around the world.

A few years ago, they hit the road for a tour of the French countryside, creating a series of public art projects everywhere they stopped.

“We really thought we could put together our two ways of looking at people,” Varda said. “In my documentaries, I give big importance to the people I meet, try to give them opportunities to express themselves, to be bigger than life, you know.”

“We're both big curious people” JR said. “But something really important that many people don't know: We love chouquettes and chocolate eclairs.” 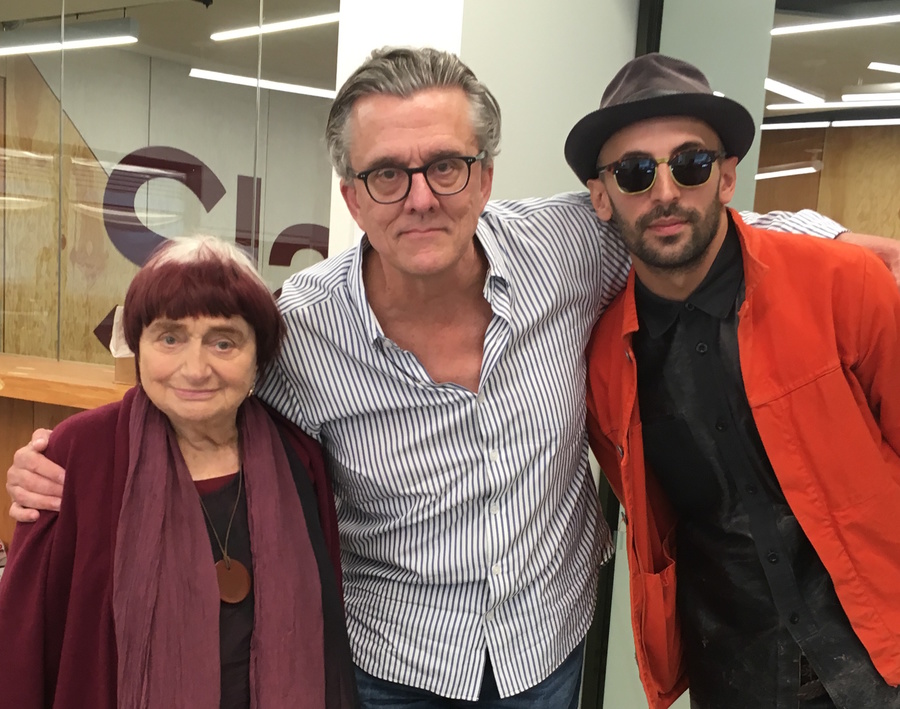