Riding 'The Beast' and Collecting Stories on the Migrant Trail

As a reporter for digital newspaper El Faro, Oscar Martinez rode the train and walked alongside migrants from El Salvador, Honduras, Nicaragua and Guatemala, collecting their stories of abuse, violence and cruelty. He made this trek north -starting in Central America and ending on the Mexican border with the United States- eight times.

In 2010 he published his chronicles in a book in Spanish entitled “Los migrantes que no importan,” or “The migrants who don't matter.” Last year the book was published in the U.S. with another title, “The Beast: Riding the Rails and Dodging Narcos on the Migrant Trail.” But despite the change in the title for the English version of the book, the focus of this remarkable piece of reportage is still those invisible Central American migrants who, as Martinez tells host Daniel Alarcón, "cross hell before getting [to the United States]."

Visit Radio Ambulante to listen to a longer, Spanish-language version of this interview. 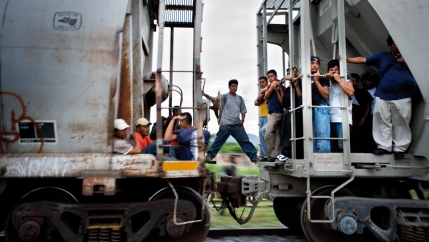