In this episode we’re looking to answer the big question of whether the country is safer than before 9/11. There hasn’t been a big terrorist attack on our soil since then, ISIS has lost almost all its territory in Iraq and Syria, Osama bin Laden is dead, and yet there are still thousands of extremist fighters out there and their ideology persists in attracting new recruits.

To get a sense of what was proposed and how far we’ve come, we’ll hear from both a commissioner of the 9/11 Commission as well as it’s director.

We’re focusing on the efforts made by the Obama and Bush administrations. We ask top officials from those State Departments what they did to counteract extremist ideology — where they succeeded and where they failed.

And we’ll go to Lebanon where the US is funding a local anti-terrorist organization, and making an impact one individual at a time.

Experts on this episode:

James Glassman: Former Under Secretary for Public Diplomacy and Public Affairs, US State Department. Former Chairman, Broadcasting Board of Governors.

Phillip Zelikow, Former Executive Director of 9/11 Commission.  J. Wilson Newman Professor of Governance and Professor of History at the University of Virginia, 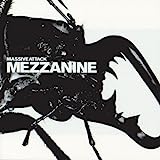