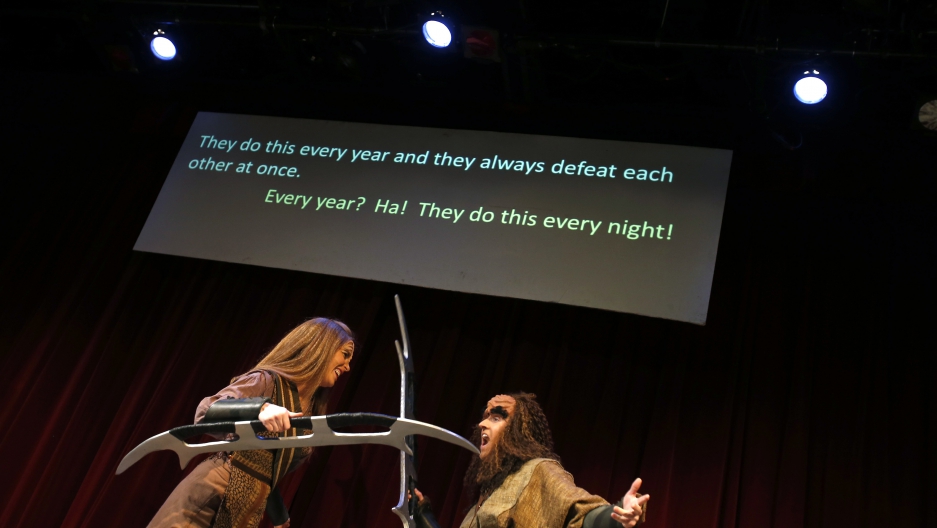 Performers Ali Kidder-Mostrom, left, and David Coupe perform a fight scene as a translation of their dialogue is projected on a screen during a performance of "A Klingon Christmas Carol" in Chicago, December 20, 2012. The play is an adaptation of Charles Dickens' classic tale "A Christmas Carol" and is translated into the Klingon language and adapted to Klingon culture. Klingons are a fictional alien culture that originated from the Star Trek television series.