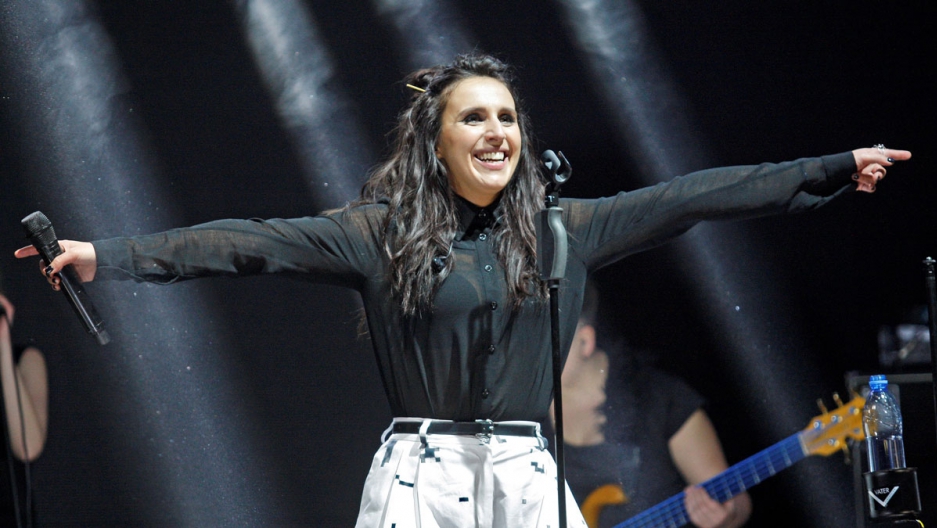 The winner of the Ukrainian national selection for the Eurovision 2016 Crimean Tatar singer Susana Jamaladynova known as Jamala performs during a concert in Kiev, Ukraine, on March 18, 2016. Jamala will represent Ukraine at the Eurovision with a song named "1944," recalling the tragedy of Crimean Tatars, who went through the deportation ordered by Soviet leader Joseph Stalin.